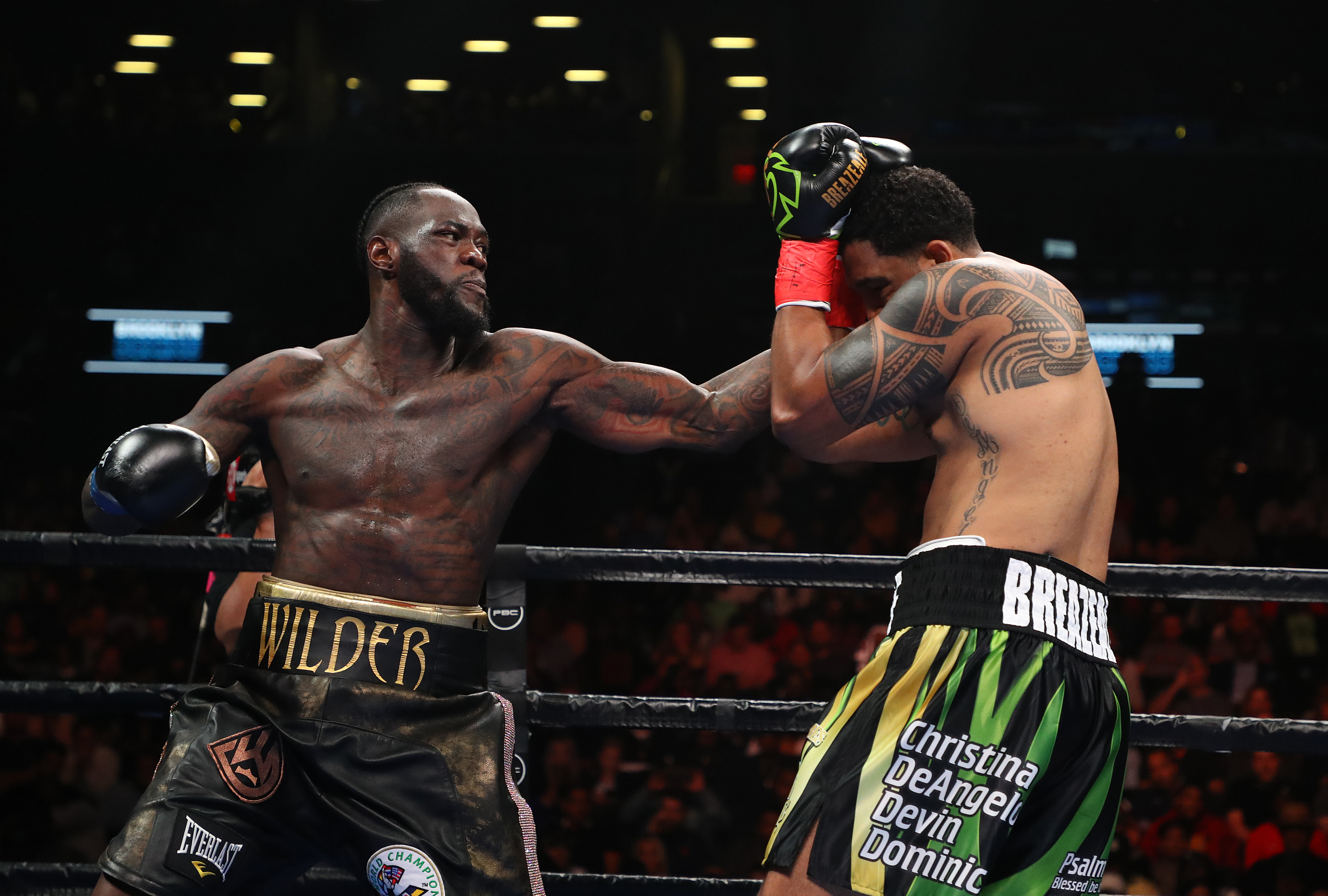 Deontay Wilder punches Dominic Breazeale during their bout for Wilder's WBC heavyweight title at Barclays Center on May 18, 2019 in New York City.

NEW YORK - Undefeated Deontay Wilder brutally knocked out Dominic Breazeale in the first round of their grudge match on Saturday night to retain his World Boxing Council heavyweight world title.

Wilder, who has one of the most destructive right hands in heavyweight history, floored the challenger with a one-punch knockout with 43 seconds left in the opening round.

Wilder swarmed Breazeale from the opening bell, hurting him with a straight right hand then finishing him off later in the round with the devastating right to the chin that was set up by a left jab.

Breazeale lay on his back, then got up at the count of 10 as the referee waved it off.

Wilder, 33, improved to 41-0-1 with 40 KOs in making the ninth defence of his title against heavy underdog Breazeale at the Barclays Center arena in Brooklyn, New York.

Breazeale, who had lost just one previous fight to Anthony Joshua, dropped to 20-2 with 18 KOs.

There was bad blood between the two heading into the fight with the buildup marked by a series of macabre threats from Wilder, who had spoken of his willingness to cause a fatality in the ring.

Threats of violence are a stock-in-trade part of promoting fights, but Wilder's gruesome pre-fight comments were condemned by many in the sport as going too far.