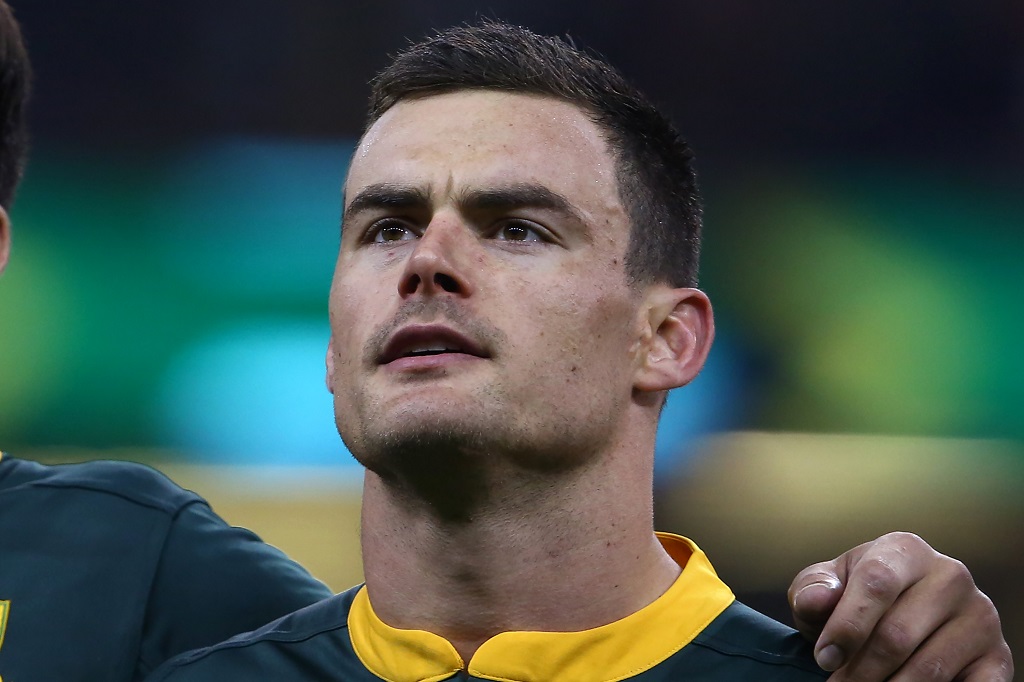 South Africa's centre Jesse Kriel lines up ahead of the autumn international rugby union test match between Wales and South Africa at the Principality stadium in Cardiff, south Wales, on November 24, 2018.

Stormers utility Willemse, 21, who is on loan at England's Saracens, will fly out to Japan after Kriel picked up his injury in their opening game, a 23-13 defeat by New Zealand.

Although Kriel's condition is improving, he would not have recovered in time for South Africa's remaining Pool B matches against Italy on Friday and Canada on Tuesday, a statement said.

"I feel for Jesse. He has been in the match-day 23 for almost every match since I took over and is a model professional. He was a key member of the squad," coach Rassie Erasmus said.

Willemse, who will join up with the squad on Thursday, earned all five of his caps in 2018. He is South Africa's second injury replacement after Thomas du Toit was called up for Trevor Nyakane.

"Damian would have been more involved with us this year but for injury, but he is familiar with our systems and should have no problem slotting in," Erasmus said.

"He has the ability to play in a number of positions in the back division, while other players can cover Jesse's number 13 jersey."