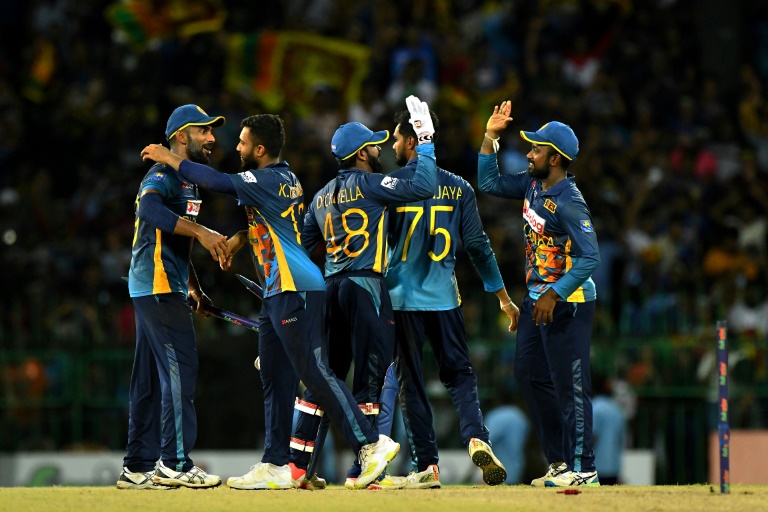 Sri Lanka's players celebrate with team mates after they won by 4 runs during the fourth one-day international (ODI) cricket match between Sri Lanka and Australia at the R Premadasa International Cricket Stadium in Colombo on June 21, 2022.

Australia needed 19 off the final over in Colombo but Sri Lanka held their nerve despite David Warner's 99 and some last-minute heroics from Matthew Kuhnemann to win on the last ball of the match by four runs.

The victory in front of an ecstatic crowd at the R. Premadasa Stadium gave Sri Lanka an unassailable 3-1 lead in the five-match contest, and their first bilateral series win against Australia since 2010.

It was a rare moment of joy for Sri Lanka's 22 million people who are in the midst of a painful economic crisis with severe shortages of food, fuel and medicines.

"Not only for me, my teammates, Sri Lanka cricket, the whole country, this is much needed at the moment," Shanaka said afterwards. "I think this should be celebrated by the whole of Sri Lanka."

"Thank you Sri Lanka, Thank you my PEOPLE!," he tweeted on Wednesday.

Put into bat, Charith Asalanka made 110 to guide Sri Lanka to 258 all out.

Asalanka rescued Sri Lanka from a precarious 34-3 as he put on 101 runs with Dhananjaya de Silva, who made 60.

Australian bowlers kept coming back with crucial wickets but Asalanka reached his century to the cheers of a raucous home crowd.

Wanindu Hasaranga played a useful cameo of 21 not out as he put together 34 runs for the eighth wicket with Asalanka.

Asalanka finally fell to Pat Cummins and Australia wrapped up the innings in 49 overs with two run-outs.

Warner kept his cool and put on 63 runs with Mitchell Marsh who looked good for his 26 before he fell to Dunith Wellalage's left-arm spin.

Australia lost Marnus Labuschagne and wicketkeeper-batsman Alex Carey after they got starts but fell to the Sri Lankan spinners.

The usually attacking Warner tried to grind down the opposition attack as he and Travis Head stitched together 58 runs for the fifth wicket.

Dhananjaya de Silva bowled the left-handed Head for 27 and Maheesh Theekshana got danger man Glenn Maxwell trapped lbw for one with a successful review after the on-field umpire denied the appeal.

But the big moment came when the left-handed Warner missed out on his ton, stumped off de Silva. 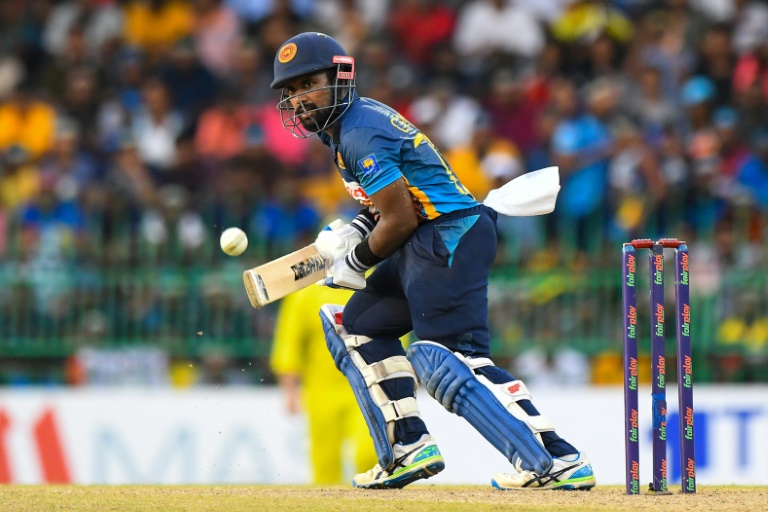 "If someone had played for David Warner for five or six more overs that could have been a match-winning partnership," said Finch.

Cameron Green and Cummins attempted to turn the chase on in a 31-run stand but Jeffrey Vandersay bowled Green.

Cummins departed in the 49th over but Kuhnemann fought till the end before getting out on the final ball.

The final match is on Friday at the same venue.