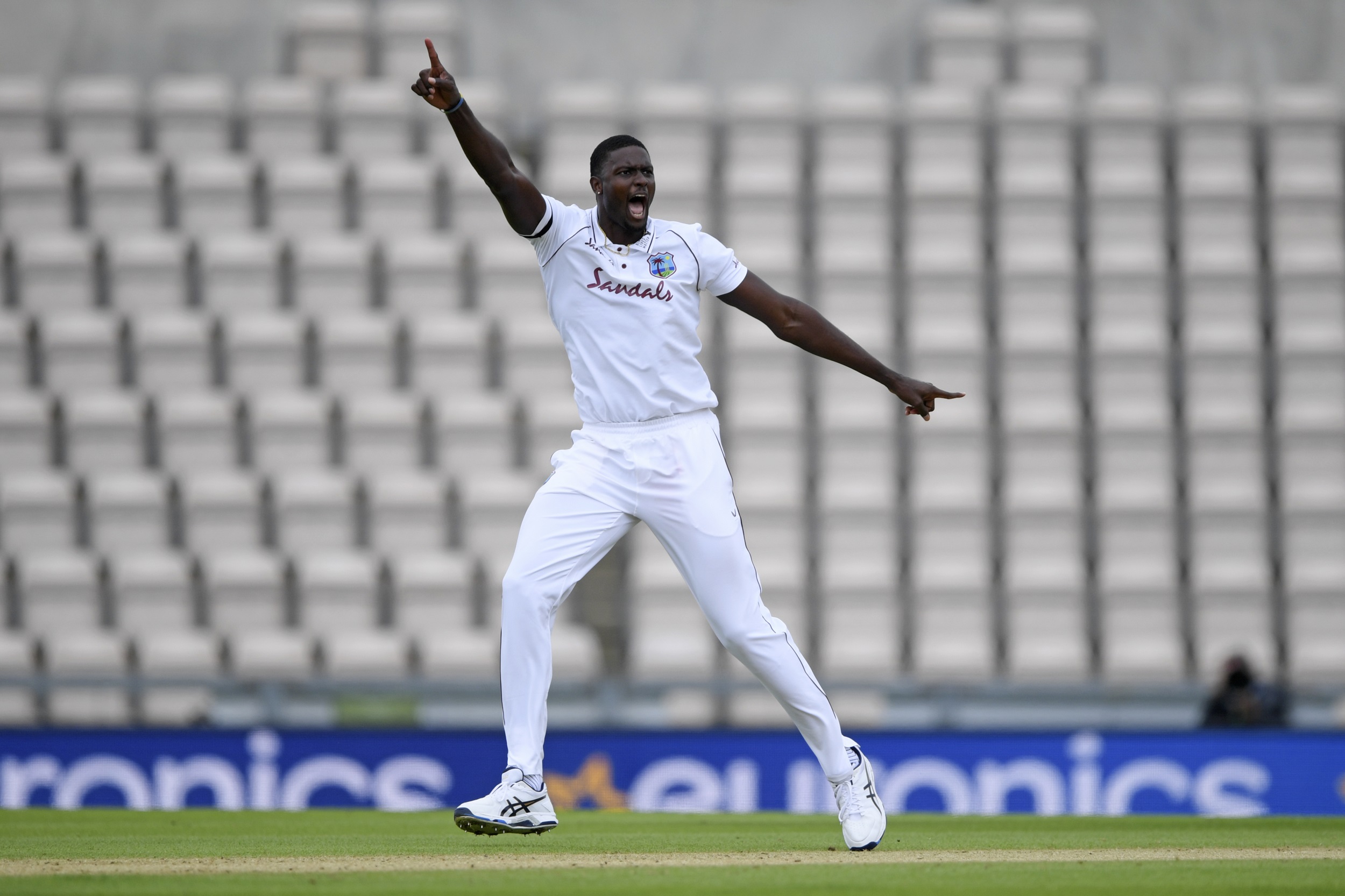 West Indies' Jason Holder celebrates taking the wicket of England's Ben Stokes on the second day of the first Test cricket match between England and the West Indies.

SOUTHAMPTON - West Indies captain Jason Holder returned Test-best figures of 6-42 as England slumped to 204 all out on the second day of the series opener at Southampton on Thursday.

Kraigg Brathwaite was 20 not out and Shai Hope three not out.

Holder, the world's top-ranked all-rounder, surpassed his previous Test-best of 6-59 against Bangladesh at Kingston two years ago, making full use of overcast conditions at the Ageas Bowl.

Fast bowler Shannon Gabriel, who did the early damage, took all the other England wickets for impressive figures of 4-62.

Holder's haul, the sixth time in his past 10 Tests he has taken five or more wickets in an innings, included the prize scalp of opposing captain Ben Stokes, who top-scored with 43 after winning the toss.

READ: West Indies players will not be forced to tour England: chief

"Leading up to this Test, with my ankle (niggle), I probably didn't get the amount of overs in that I'd have liked to, but I still felt really good," Holder told Sky Sports.

West Indies have not won a Test series in England since 1988 but they hold the Wisden Trophy after a 2-1 success in the Caribbean last year.