Witnessing the birth of a sport - eSports 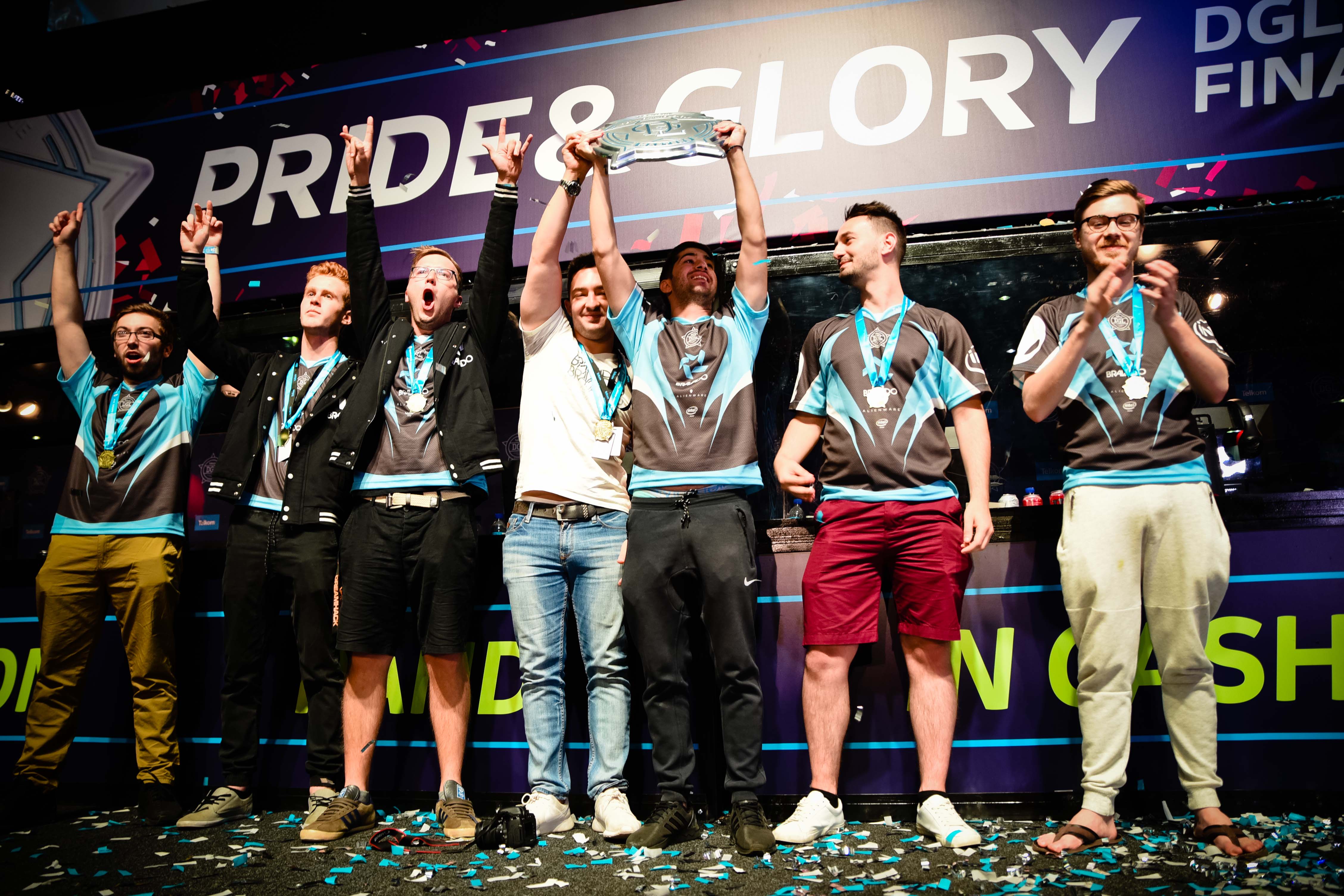 ?Bravado Gaming CS:GO winners of the Telkom DGL Masters final at the Rage expo on 9 October proudly raise their trophy.?

JOHANNESBURG - Over the weekend of 7-9 October at the ever popular gaming expo, Rage, something quite extraordinary happened - South Africa witnessed the birth of a new sport.

For years it has been building but at the close of the first season of the Telkom DGL Masters and the divving up of the R1-million prize pool, it had the air of something official.

For those who don't know about the biggest thing you have never heard of, eSports is competitive gaming - or a term used for organised video game competitions, especially between professionals.

And South Africa, while largely removed from the online competitive circuit due to internet connectivity and the subsequent lag times, has built a unique scene that is now making inroads into international competitions.

At Rage, it was proven that the fan base is alive and well, and hungry. For the first time, two eSport tournaments were held simultaneously on opposite sides of the expo - the Telkom DGL Masters and the ACGL hosted Call of Duty Mag Cup. Both big deals, both representing the best of the country, both offering significant prize money and most importantly, both with packed stands of screaming fans.

While some question whether eSports is a sport at all, what can't be questioned is the number of defining characteristics of a traditional sport - money, teams, sponsors, companies, superstars, fans and media hype are all very much present.

But at the same time, eSports, even globally, is like the wild west. Anyone can hold a tournament, anyone can play and while there has been some movement to a recognised ranking system, it is entirely up to the tournament host whether they want to include themselves. It is often easier to accept that eSports isn't so structured and probably doesn't have to be. Not yet.

eSports isn't just one game, but really any game you want. There are some however, such as Dota 2, CS:GO, COD, StarCraft, as some obvious examples, that are particularly suited to fan based watching.

As an indication of the growth of eSports and its recognition as a branding and sponsorship opportunity, Rage hosted the country's first eSport branding summit (Disclaimer: I was on a panel at this summit, and moderated one). While nascent, a number of industry professionals were interested in navigating what eSports is, how it compares to the business structure of more traditional sports, and who are the players and the celebrities to follow.

There are real discussions as to trying to adopt a global ranking system. It is valid to ask how one becomes the best, who decides you are the best and does a South African best mean anything in the larger European or American competitions?

In eSports, regional bests almost become irrelevant as players compete with anyone, from anywhere and at any age. Rather than representing a location like Johannesburg or even New York, teams are effectively composite brands, and sponsorship aggregators, for personalities and styles of play.

So, yes, in case you missed it at Rage, we had kind of a big deal. And it allows me to sit back with a kind of satisfied but bewildering grin and ask - just how often does one get to witness the birth of a sport?