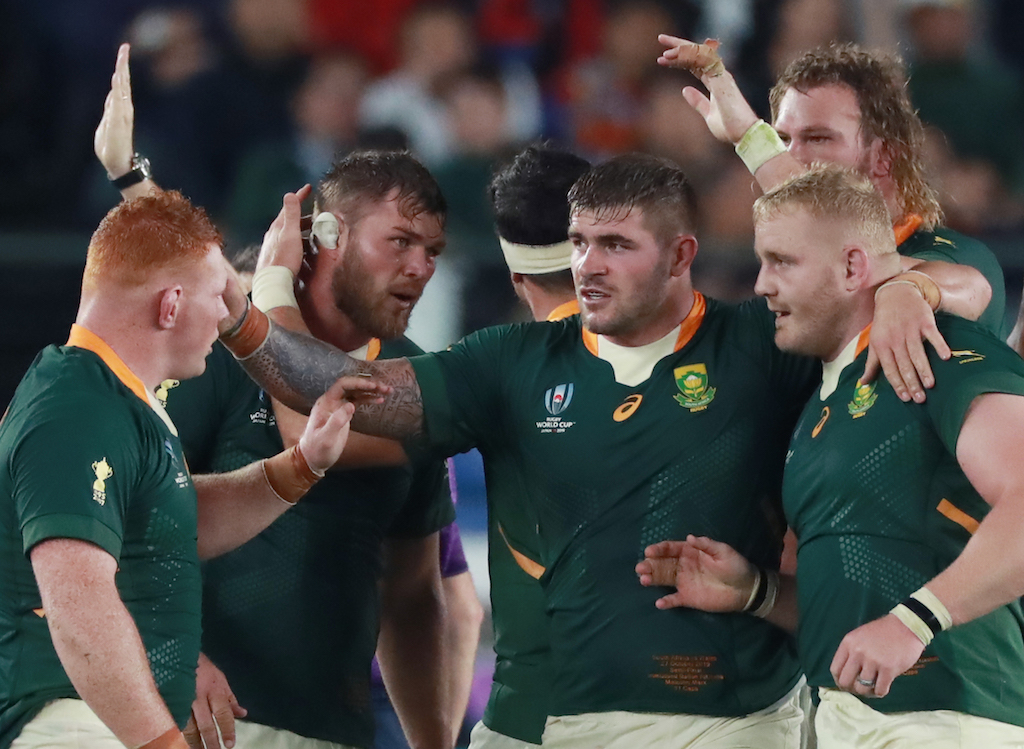 YOKOHAMA - South Africa head into the Rugby World Cup final against England next Saturday knowing they still have plenty to work on but fully expecting another war of attrition rather than an open game, according to coach Rassie Erasmus.

The Springboks advanced to their third final with a taut 19-16 victory over Wales in Yokohama on Sunday, which was ultimately decided by flyhalf Handre Pollard's boot with a conversion and four penalties - the last coming with four minutes remaining.

"We have given ourselves a chance. We have played England four times in the last 18 months... and we are accustomed to how they play," Erasmus told reporters.

"They're a lot better than the last time we played them, especially with the way they dismantled New Zealand.

"We think we are in with a chance. I'm not 100% sure the Rugby World Cup final will be won by an expansive game plan with wonderful tries.

After England beat New Zealand 19-7 in a high-tempo, physically combative semi-final on Saturday, the 67,750 fans at Yokohama Stadium on Sunday watched a defensive slugfest.

Erasmus said the nature of Wales's game had meant they needed to adapt their own to counteract their opponents' strengths and then try to wrestle their way to victory.

"We know they are a team that strangle the life out of the opposition ... so we expected that and had to match it," Erasmus said.

"It might not have been a great spectacle to watch but... the boys stuck to their guns and adapted to that."

While the Springboks do have an expansive side to their game, in the knockout phase they have relied on their massive pack to wear down the opposition, either with ball in hand or in defence.

When in possession on Sunday, scrumhalf Faf de Klerk invariably put up a contestable kick while, on the rare occasion the ball made it past him, flyhalf Handre Pollard and fullback Willie le Roux kicked deep or inside centre Damian de Allende smashed into contact.

South Africa's 'death by 1000 kicks' approach may not have won over many neutrals in the crowd but it was effective at putting pressure on Wales and allowing them to get down field and win penalties.

It also was a safe and ruthless way to ensure that they reached the final, Wales coach Warren Gatland conceded.

"For them, it was about making the final and doing what they needed to do," he said.

"We have seen in previous World Cups that teams play their finals in the semis and don't turn up for the finals, so it could be a very good game."