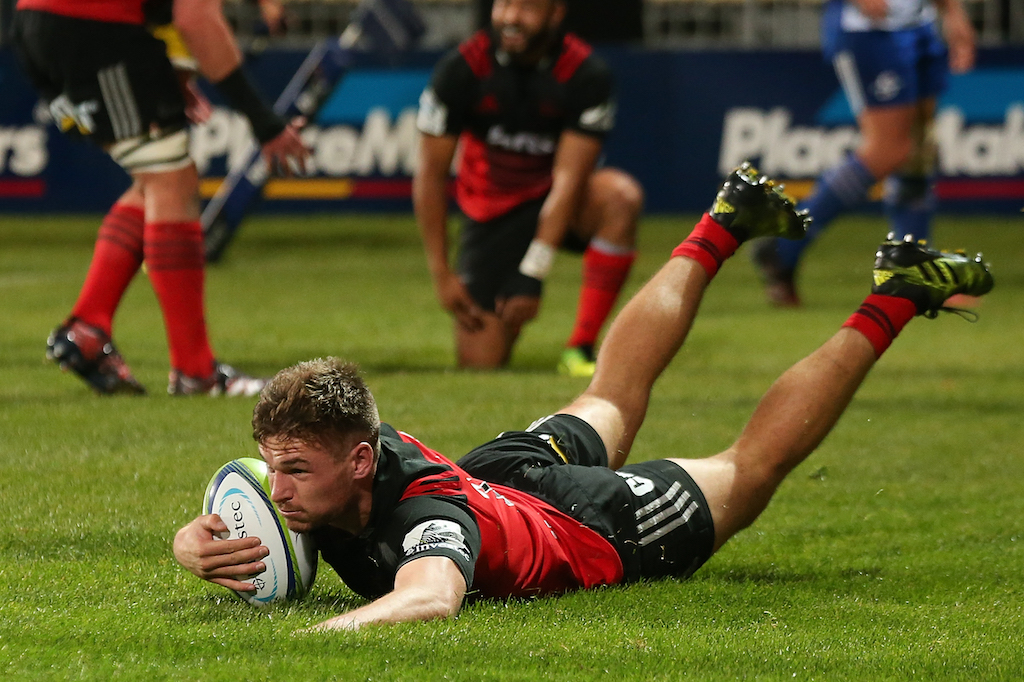 File: The Crusaders hit back when wing George Bridge gathered a Jack Goodhue offload and crossed in the 27th minute.

WELLINGTON - The Canterbury Crusaders returned to winning ways with a clinical victory over the Auckland Blues on Friday.

Super Rugby's defending champions, coming off a shock loss to Waikato Chiefs last week, scored three tries to one in a dominant 25-8 display at Eden Park, extending their winning streak over the hosts to 11 matches.

The Blues last won against the 10-time champion Crusaders in early 2014 but coach Leon MacDonald -- desperate for success against the club he represented for 12 years -- was talking up their chances before the match.

It counted for nothing as knock-ons and mistakes in the set-piece meant the Blues failed to convert their superior possession into points.

"We had a bit of hurt that was bottled up inside us and knew we had to start well and play for the full 80," Canterbury captain Scott Barrett said.

Patrick Tuipulotu helped the Blues make a strong start, spinning out of a tackle to score the opening try when Stephen Perofeta's chip kick opened up the defence.

The Crusaders hit back when wing George Bridge gathered a Jack Goodhue offload and crossed in the 27th minute.

They were unlucky not to get another when Sevu Reece broke through a few minutes later, with only a last-gasp tackle from Perofeta restricting the Crusaders' lead to 11-5 at half-time.

Tries to Richie Mo'unga and Goodhue after the break saw the Crusaders race to a 25-8 lead, with a Will Jordan effort ruled offside.

The Blues tried to rally but the Crusaders' relentless defence held them out.

"We just couldn't capitalise on anything and they just managed to do what they do," frustrated Blues skipper Tuipulotu said after his side fumbled six lineouts.