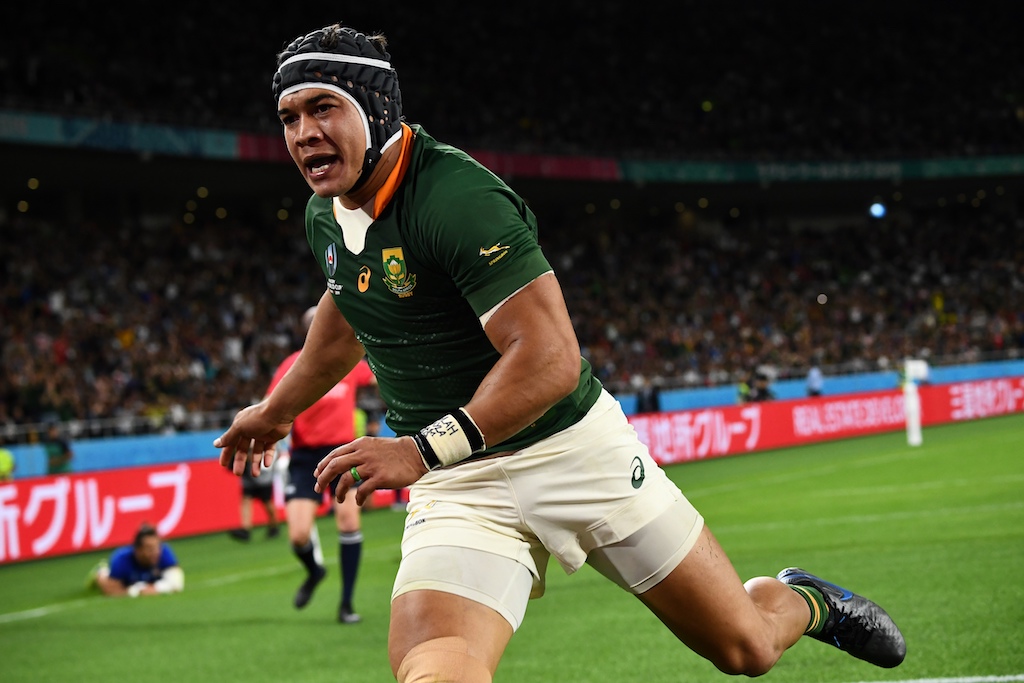 JAPAN - South Africa wing Cheslin Kolbe has avoided a major ankle injury at the World Cup after undergoing an X-ray, according to a team statement issued Saturday.

Kolbe was withdrawn late on as a precaution in Friday's 49-3 Pool B win over Italy in Shizuoka after twisting his left ankle.

But a South Africa statement said he was "X-rayed following the match –- which proved to be clear –- and was walking normally on Saturday".

Rassie Erasmus, South Africa's head coach, added: "We have the usual bumps and bruises following a match but otherwise we're in a good space."

South Africa are on the verge of quarter-final qualification after an opening pool loss to reigning world champions New Zealand and may well make changes in any event for their final group match against minnows Canada in Kobe on Tuesday.

"Cheslin's ankle is a little stiff but he could probably play on Tuesday at a push," said Erasmus. "We're in the fortunate space of having a full squad to pick from."

Kolbe scored two tries against Italy, taking his tally to seven in 12 Tests since making his debut just over a year ago.

Erasmus is due to name his team to play Canada on Sunday.