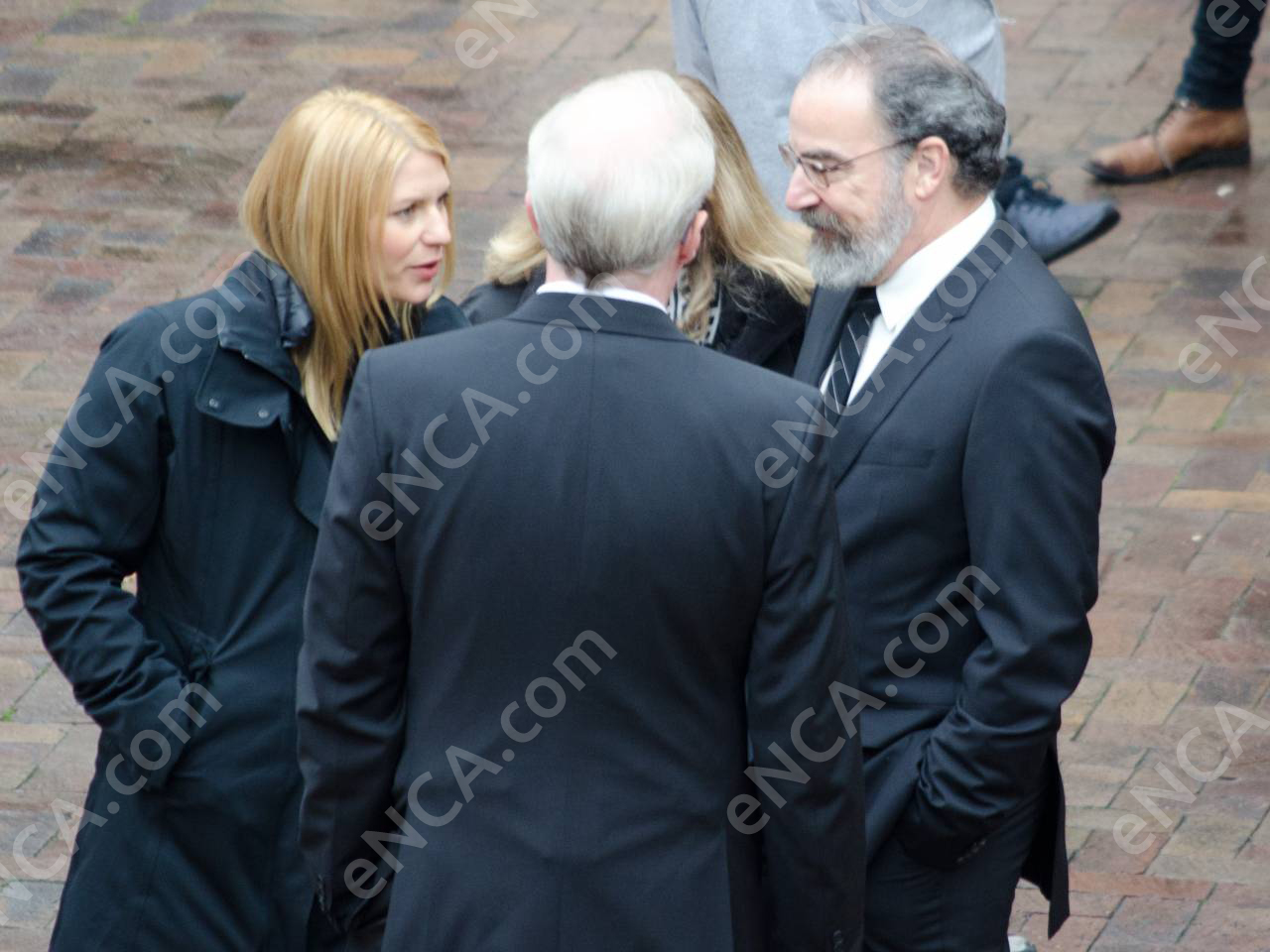 Actors Claire Danes and Mandy Patinkin in Cape Town chatting between takes near Saint George's Cathedral on Tuesday, July 22. Directors are filming scenes for the fourth season of the Emmy-winning drama series 'Homeland' in the city until November.

CAPE TOWN - Actors Claire Danes (35) and Mandy Patinkin (61) were in character for a sombre Homeland shoot in Cape Town on Tuesday, 22 July.

Filming took place around the city&39;s historic Saint George&39;s Cathedral with a number of Cape Town actors playing mourners in a funeral scene for the upcoming season of the show.

The funeral setting outside the cathedral did not hamper the mood of some passersby who stood agog while spotting award-winning actors on set.

Others, including those sleeping on benches along Government Avenue, seemed nonplussed by the international production.

During a launch in Beverley Hills on Friday, showrunner Alex Ganza announced the season&39;s premire date and described the plot, as reported in the Los Angeles Times.

Derek van Dam was among the Capetonians who snapped the actors on set.

Whereas previous Homeland scenes filmed in Cape Town were set in Turkey and Pakistan, the scene shot on Tuesday appeared to be set in the United States.

A few vehicles, including a hearse with a number plate for Maryland, waited on Government Avenue.

The grounds were dressed to look like a graveyard complete with flower bushes and tombstones.

Several actors in the scene wore military uniform but most of the mourners were dressed in dark colours.

In one take, Claire Danes walked up to Mandy Patinkin (playing Saul Berenson) and spoke to him while other mourners whispered among themselves.

Between takes a crew member sprayed water on the ground, presumably to give the impression of rainfall during the overcast Cape Town morning.

Shooting in Cape Town is set to continue until November 2014. The fourth season of Homeland is scheduled to air from October 5 in the United States.