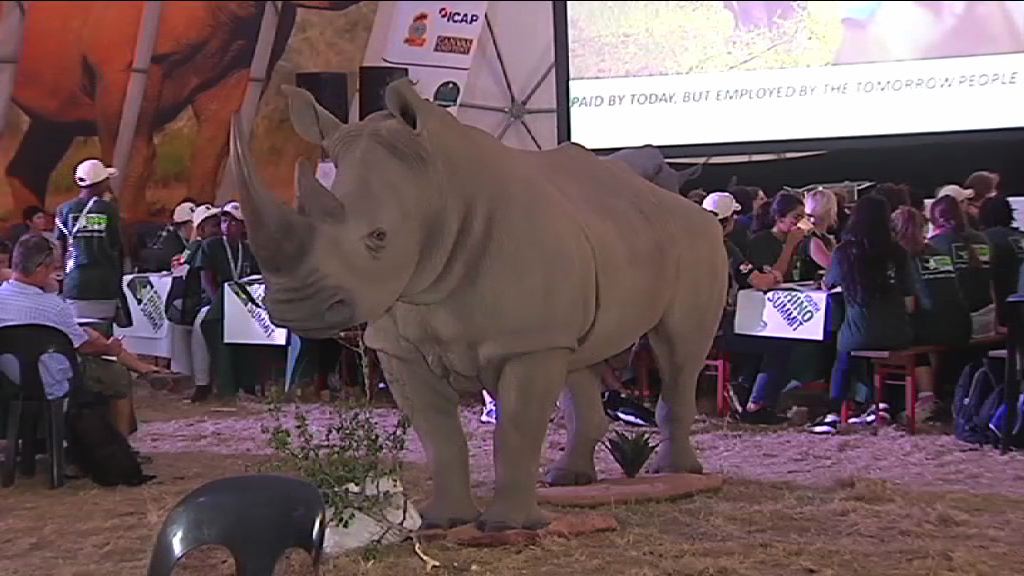 22 September Vietnams been targeted by conservationists in a quest to reduce illegal rhino horn trade. High demand for rhino horns in the Asian country has made it harder in the fight against poachers.

KWAZULU-NATAL - Vietnam is targeted by conservationists in the quest to reduce illegal rhino horn trade.

The high demand for rhino horns in the Asian country has made it harder in the fight against poachers.

Vietnamese delegates at the World Rhino Youth Summit in KwaZulu-Natal are being urged to take up the cause of protecting rhino.

"I feel ashamed because I haven&39;t done anything to the environment to the rhinos," said Trinh Bui Thi Kieu, a Vietnamese student.

The devastating effects of rhino poaching hits even closer to home for Bui Thi Kieu.

"One of my relatives uses rhino horn to cure cancer. I haven&39;t talked to her yet but after this trip I will try to convince her rhino horns have no medical value".

The 17-year-old admits that the exorbitant cost of rhino horn in her home country pales in comparison to the price she&39;ll pay for standing up against its use.

Bui Thi Kieu is concerned about how she&39;ll be received by loved ones in Vietnam after taking up arms in the war against poaching.

"Vietnamese people, they don&39;t have any awareness of the environment. They have no idea whats happening in South Africa. They don&39;t even know the rhino is becoming extinct."