Suspect to appear after woman found with hose pipe down throat 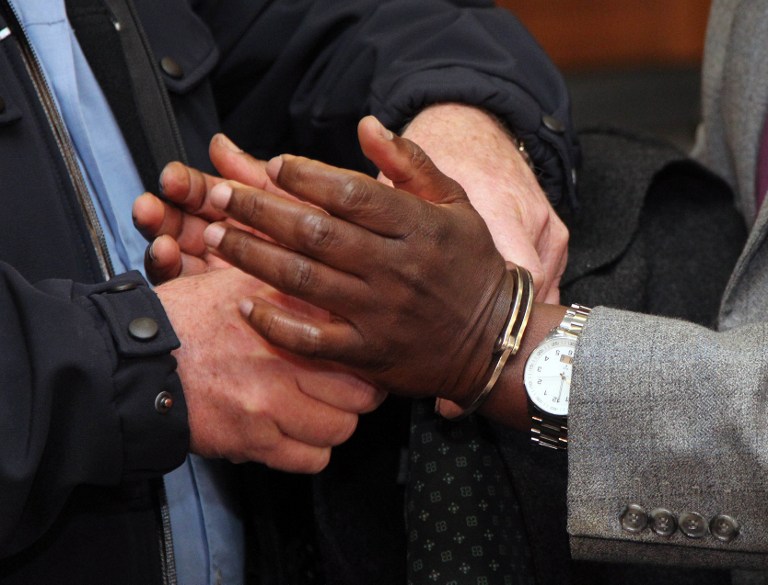 Former Rwandan mayor Onesphore R. is taken off handcuffs as he arrives at court in Frankfurt, western Germany on January 18, 2011.

VENTERSDORP, North West - A man is expected in court on Monday in connection with the killing of a Ventersdorp woman.

Disebo Makau&39;s body was found not far from her home on Friday.

She had been raped, strangled and had a hose pipe shoved down her throat into her stomach.

Her lifeless body was found filled with water.

North West Police say the motive for the killing is still being investigated, but, Makau&39;s family and friends believe she was killed because she was lesbian.

Tsholofelo Matome, Makau&39;s friend told eNCA: "I would like for us to be accepted or at least to be tolerated because it’s very hard to accept gays and lesbians. We are humans as well. We were born the same way like they were born."