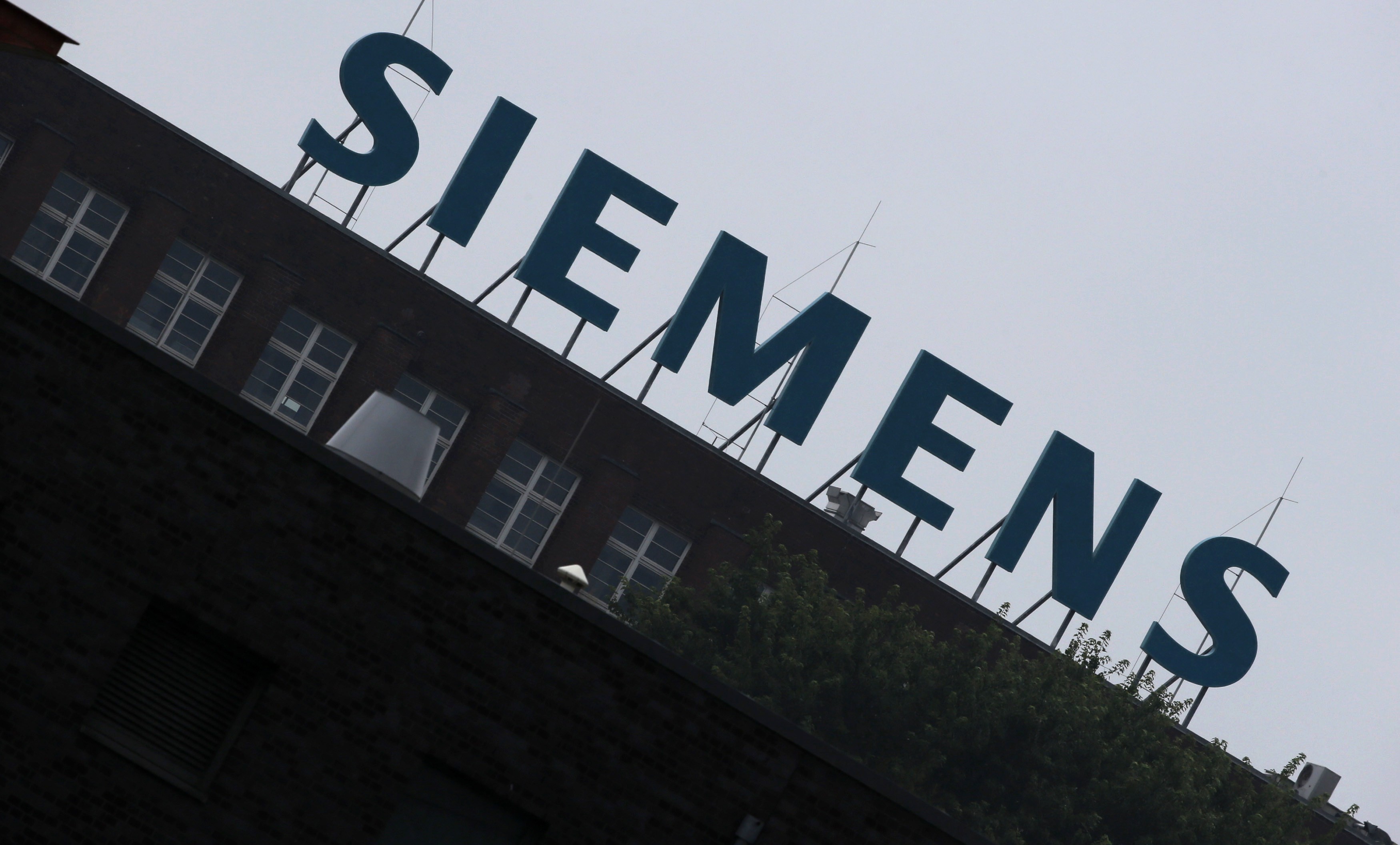 A Siemens logo is seen atop a factory in Berlin, Germany.

Siemens said February's announcement was the first to test such blades under full-load engine conditions at 13,000 revolutions per minutes and temperatures above 1,250 Celsius. It called the test a "breakthrough".

"To have this rotating part running is a breakthrough because it is submitted to these extreme loading," Siemens' Jenny Nilsson told Reuters.

"It rotates with 13,600 rotations-per-minute which means it is the most highly loaded component in the whole gas turbine. So this blade that weighs 180 grammes will weigh 11 tonnes while rotating with this speed, meaning that it will bear the weight of a double-decker bus."

3D printing, also called additive manufacturing, involves making a three-dimensional object by adding ultra-thin layers of material one by one, following a digital design, in contrast to conventional manufacturing, where excess material is cut away.

The blades in the Siemens test were made from a powder of high-performing polycrystalline nickel superalloy. The 3D technology made possible a new design with improved internal cooling geometry.

"This metallic powder is deposited in 20-micron layer thickness and then the laser melts the part," said Clotilde Ravoux, system engineer at Material Solutions, adding that the process had made it much easier to build parts for customers.

"I can do everything by myself; I work on the CAD model, I print the parts, I follow all the stages and then I ship the part to the customers."

A Siemens spokesman could not estimate how long it would take for 3D-printed gas turbine blades to go into commercial production but said the technology reduced the design-to-testing time from years to months.

"When you apply casting procedures you will probably take one to one and a half years to provide you with these blades because of their long lead-time for tooling. By applying additive manufacturing we could significantly shorten the lead time by down to three months," said Siemens' Christoph Haberland.

Prices for gas-fired power generation turbines are under extreme pressure, with Siemens saying recently that new projects were being deferred and it had to fight for every order.