Advances in getting solar onto the grid, and into the home 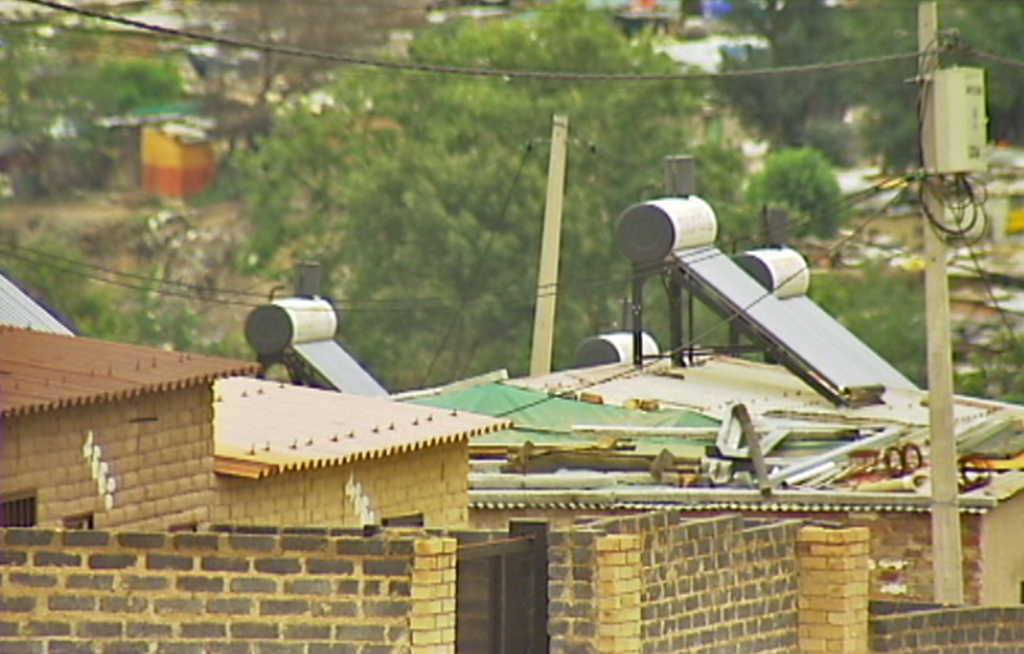 Solar power has been heralded as an excellent source of renewable energy. Thousands of low-cost homes across the country are fitted with solar-powered geysers.

Advances in getting solar onto the grid, and into the home

The need to move to solar energy seems a logical choice. Most areas in South Africa get around 2500 hours of sunshine per year.

The southern African region and the whole of Africa has sunshine throughout the year. The annual 24-hour global solar radiation average is about 220W/m² for South Africa, compared with about 150W/m² for parts of the US, and about 100W/m² for Europe.

So, harnessing the sun as a source of energy has major benefits. There could be long-term economic sustainability, zero contribution to greenhouse emissions and less dependence on the electrical grid. It also cushions electricity tariff hikes for the poor and helps to create local industrie.

Ignoring this renewable source for the grid as well as for homes in radiation-rich countries, like South Africa, is short-sighted.

How to tap into the power of the sun

The technologies used to harness solar radiation can be divided into two categories – active systems and passive systems. Passive systems are used in building design to capture, store and distribute the solar energy through the use of building structures – windows, orientation, etc.

The energy of a number of fully functional solar generation sources are currently being fed into South Africa’s electricity grid, including those derived from Photovoltaic and concentrated solar power.

By 2030, South Africa’s electricity plan hopes that 17.8GW, or 42% of the total electrical energy mix, will be allocated to renewable energy, including wind (8.4 GW), solar PV (8.4 GW) and concentrated solar power (one GW).

The case for standalone solar units

The South African government’s national solar heater programme began in 2010 with the major objective being the reduction of demand on the electricity grid.

The programme targeted the installation of one million solar heaters by 2015 – with an additional four million units by 2030. To date, approximately 400,000 installations have been completed.

Another opportunity is offering households solar cookers. Around three billion people across the world cook and heat their homes using open fires and stoves burning biomass. As a result they are exposed to health damaging pollutants. If solar cookers were used even only for a few hours a day, it would make a huge difference.

The first documented use of solar for cooking purposes was made over 240 years ago. Although various designs have been in the market for the last 20 years, the uptake of these solar cookers has been slow. There are a number of reasons for this.

The most common solar cookers use a reflective paraboloid or dish to concentrate the solar radiation onto a focal point. Mild steel is commonly used in the manufacture of the collector and its supporting structure.

Collector sizes range from upwards of one metre in diameter – the larger the diameter the higher the temperature at the focal point. The manufacturing process involved in making the collector, coupled with the cost of the material, adds to the relatively high retail price of the unit. Alternative designs using so-called trough collectors are cheaper to manufacture but are not as efficient as paraboloid designs.

Traditional units have to be continuously monitored and adjusted by the user as the sun tracks across the sky – a tedious operation when one is concentrating on cooking. In addition, temperature control within these units is non-existent.

Since these cookers are seen as novelty items, their widespread availability is limited. In South Africa, conventional units can be bought via an online portal, not an ideal outlet if aimed at the off-grid market.

A new automated solar oven with a solar-powered generator has been designed. The device can be used off-the-grid. It can be used to boil water, cook food and generate electricity.

The new design addresses two key design challenges: it has an automated sun tracking controller. Its energy usage can be controlled. This enables the device to be used elsewhere – for example, in the sterilisation of portable water and medical instruments.

A conventional solar cooker needs to be positioned towards the sun to get the most solar radiation. This manual adjustment makes it difficult for the temperature to be controlled. This makes cooking certain meals, such as ones left to simmer, difficult.

The new design has two control systems. One tracks the position of the sun. The other ensures that the temperature of the cooking implement is in the range set by the user.

Timing options, timed cooking profiles and safety features have also been built in to reduce the possibility of accidental burns.

The prototype device was also used to provide electricity generation though the use of small PV panels and a heat engine.

The advances in design have been internationally recognised. Both contributors to this article and a group of five engineering students from Cape Peninsula University of Technology involved in the project won first prize in the 2015 International Automation Competition in the Environment and Renewable Energy category.

Plans are underway to develop the unit for commercialisation. The goal is to produce an automated mid-sized cooker (1.6-metre diameter) to sell for around US$120.

There are also plans to look at options for the device to be used for sterilising potable water and other heating applications. And it can also be used for producing electricity.

But in a spirit of making a difference to society, it is envisaged that the project team will engage with municipalities and non-governmental organisations for possible subsidisation of widescale use of these solar products in poorer communities not currently on the grid.