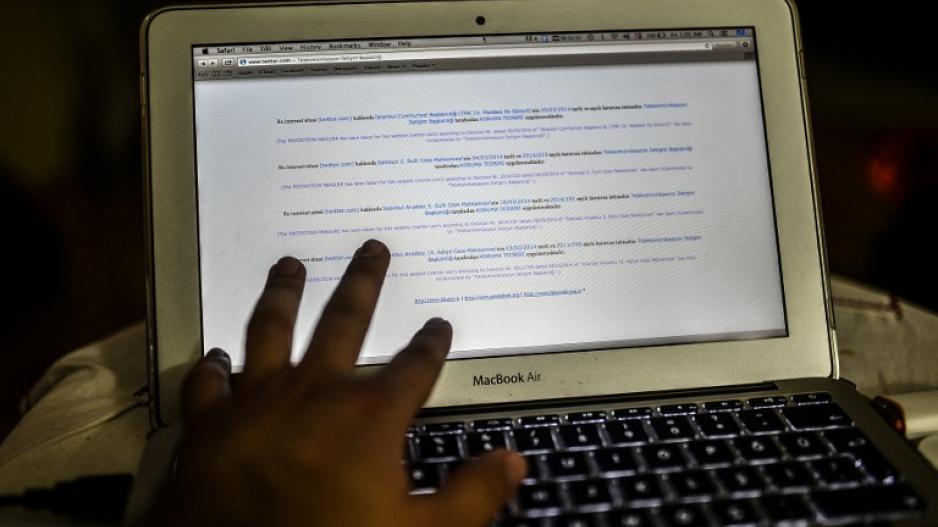 A computer screen is seen on March 21, 2014 in Istanbul. Turkey's combative prime minister warned March 21, 2014 that he would eradicate Twitter in the wake of damaging allegations of corruption.

CAPE TOWN – On  Wednesday, Software company SAP revealed that it surpassed its targets for Africa Code Week with almost 427,000 young people receiving training in basic computer coding in the week of October 15-23.

Dramatically exceeding the initial participation target of 150,000 students, this year’s total is a big step towards the multinational software company’s ambitious goal of equipping five million young Africans with basic coding skills by 2025.

Africa Code Week, the continent-wide initiative to spark the interest of African children, teenagers and young adults in software coding, was spearheaded by SAP in 2015 as part of its social investments to drive sustainable growth in Africa.

“In Southern Africa, we trained more than 32,600 students, of which 56,5 percent were female,” said Claire Gillissen-Duval, global project lead for Africa Code Week.

“In Lesotho, Africa’s poorest and least populated country, we engaged more than 5,245 youth with the help of our partners, Unesco Science and Mathematics Education Foundation and the country’s departments of science and technology, and education,” she said, adding that this put Lesotho firmly in second place in Southern Africa.

“By learning basic coding skills in an open, supportive environment Africa’s youth are able to take advantage of the immense opportunities presented by the digital revolution and become active players shaping the global economy,” Gillissen-Duval added.

Africa Code Week’s long-term goal is to empower more than 200,000 teachers and positively impact the lives of five million children and youth within the next 10 years.

The digital literacy programme’s many other partners include the Cape Town Science Centre, Google, Ampion, ALink Telecom and Camara Education.

On an individual level, one person who really stood out was Cape Town engineer and activist Rogeema Kenny. Having won a Google micro-grant to host activities during Africa Code Week, Kenny trained more than 1,200 Western Cape youths in just 10 days.

The country had the highest engagement ratio of 0,47 percent youth per 100,000 population, with a total of 165,352 people introduced to coding during this year’s initiative.

Cameroon came second with 0,26 percent per 100,000 youth engaged and a total of 62,918 introduced to coding. Lesotho took third place with an engagement rate of 0,24 percent.

Brett Parker, managing director of SAP Africa, said the event exceeded all expectations and had made a significant impact on the skills development of Africa’s youth.