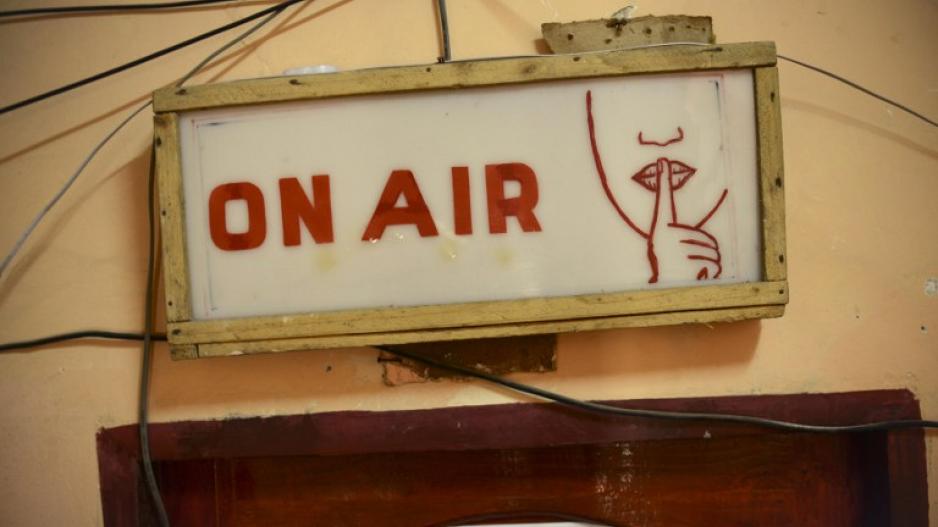 FILE image (December 8, 2012): A handout photo released by the African Union-United Nations Information Support an ''On Air sign'' at Radio Shabelle, one of Mogadishu's most popular radio stations.

The new date for the plan to be implemented is June 2019, following years of delays.

Digital migration refers to the process of switching the technology used in broadcast television, from analogue to digital.

Outgoing ANC NEC member Jackson Mthembu says government’s initial deadline to migrate by the end of December 2018 could not be met.

Incoming Communications Minister Mmamoloko Kubayi inherits a department that has its hands full, mainly due to troubles at the South African Broadcasting Corporation (SABC), which has suffered huge financial losses as well as major leadership issues.

Digital migration is another major hurdle the department needs to sort out.

“Having spoken to the relevant department and other stakeholders, the conference has directed government that the latest time they give government to migrate fully from analogue to digital is June 2019,” Mthembu said.

“There will be no extension. The NEC committee on communication has been tasked with overseeing all these paths to this migration," he added.

The ANC says it is determined to end the monopolisation of the pay-television market, referring to Mutichoice&39;s hold on the local market.

It said it wants to help black businesspeople get into the market.

“You have subscription television that is totally monopolised... Conference has ordered government to speed up transformation, there must be no barriers to entry by, in particular, black people in the pay-TV segment… We need to effect radical economic transformation in this sector as a matter of urgency,” Mthembu added.