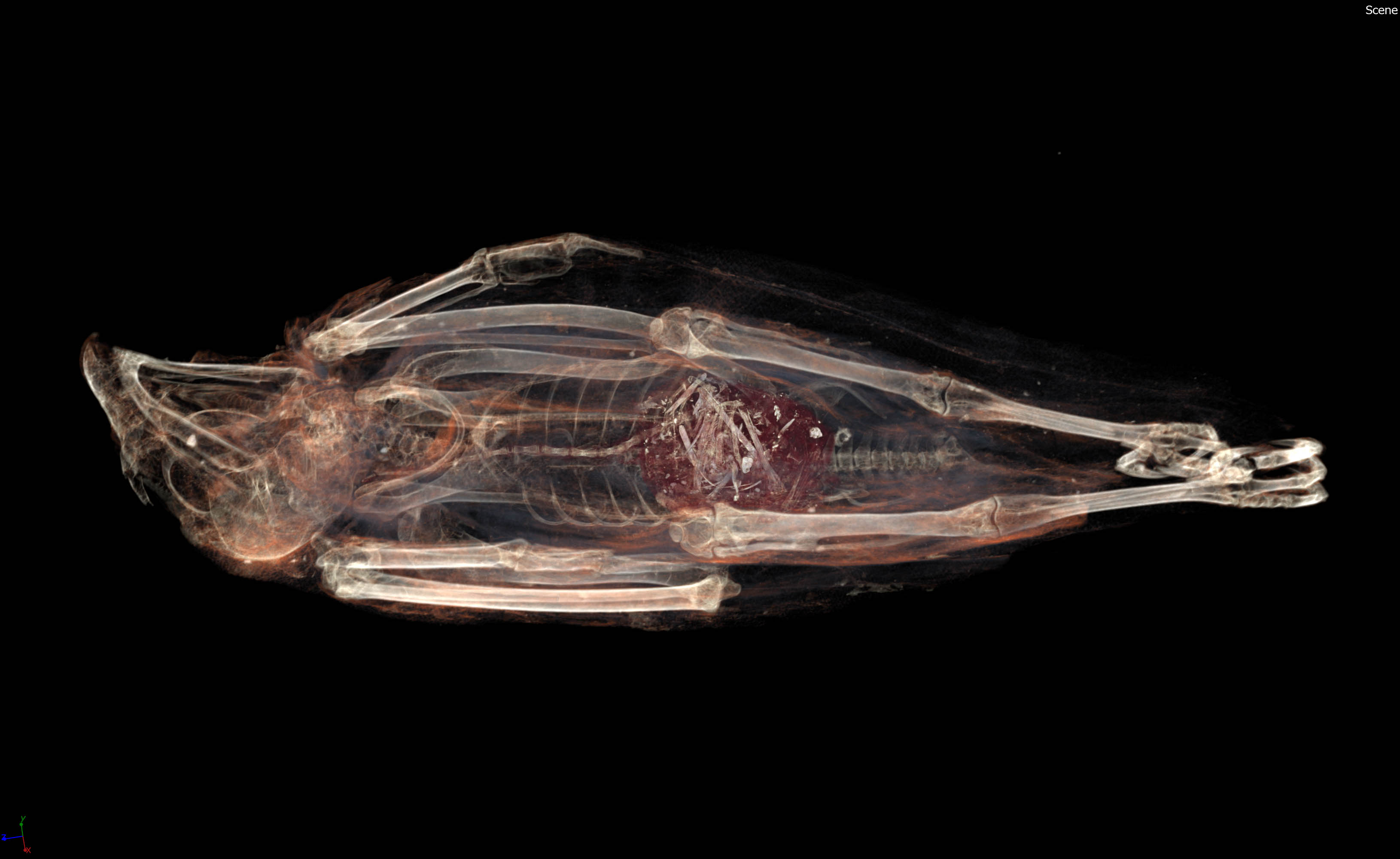 Bird mummy SACHM 2575 has been brought to life with the help of digital 3D X-ray imaging at Stellenbosch Universitys CT scanning facility.

CAPE TOWN - An ancient Egyptian raptor mummy from Iziko Museums in Cape Town has yielded a world first when researchers discovered the remains of at least two house mice and a small sparrow in its stomach.

The discovery was made possible through digital 3D X-ray imaging at the Cape Town scanner facility at Stellenbosch University. Without disturbing the ancient wrappings, the contents were scanned and then digitised as a three dimensional image. The technology is so sophisticated that it can produce a 3D image of a human hair. The model is then used to analyse the outside and inside of the object in the wrappings.

The results of the study, published in the Journal of Archaeological Science, are also the first evidence to point to mass breeding of raptors as offerings to deities.

“Animal mummies were common in ancient Egypt and used in religious ceremonies, often as offerings. Millions of mummified animals have been found, most dating from around 600 BC to AD 250. Ancient Egyptians believed in many deities and associated different animals with them; raptors were connected to the sun god Ra,” reads a statement issued by Stellenbosch University and Iziko Museums on Monday.

Inside the raptor’s gullet and crop researchers found the tail of a young house mouse (Mus musculus), which appears to have caused it to choke to death. Looking further into the gizzard and stomach, they found other mouse fragments, including 27 loose teeth, and parts of a small house sparrow (Passer domesticus).

This indicates that the raptor was forced-fed its last meal. It also suggests that the bird was kept in captivity. Based on the morphology, limb measurements and beak shape of the raptor, they established it was a European kestrel (Falco tinnunculus).