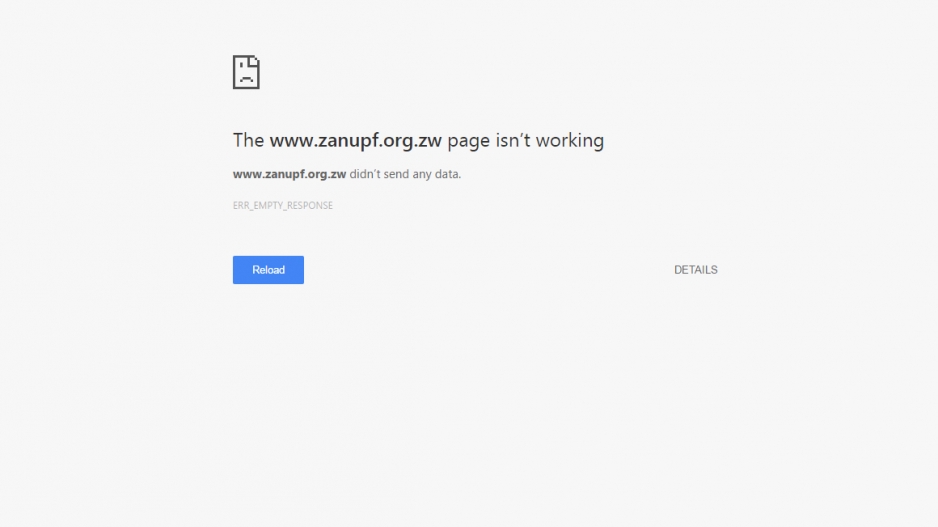 As of around 3pm on Wednesday 06 July, both www.zim.gov.zw and www.zanupf.org.zw were not available.

JOHANNESBURG - Hacktivists Anonymous Africa have made good on their promise to take down the wesbites of the Zanu-PF.

In support of ShutDownZimbabwe we have shut down the ZANU-PF website. https://t.co/hqg6tpIF8f is TangoDown Bring on the spring!

The group, known for tackling websites of organisations they deem corrupt or racist, did indicate last month that the websites of Zanu-PF are potential targets.

The group said its move was in support of the ongoing unrest in the country which began on Friday, reportedly due to the shortage of food resources.

On Wednesday, a civil servant stay-away was conducted in the troubled nation while instant messaging service Whatsapp was blocked for some time.

Despite this, ZimShutDown2016 was trending all day on social media despite the attempts at a media blackout.

People who can see the zanupf website, try browse it (any page off the front), your browser has cached the website. It is definitely down.

Anonymous Africa last month also brought down the website of the South African Broadcasting Corporation (SABC) after the broadcaster said it was not going to show videos of the protest.

The group&39;s prominent mode of attack is known as a DNS feflection attack, which is essentially a reflection-based Distributed Denial of Service (DDoS) attack common in many site attacks that flood the named website with requests, making it crash.

In an interview with My Broadband last month, the group said, "Right now anything ANC, ZANU-PF, or EFF is fair game to us."