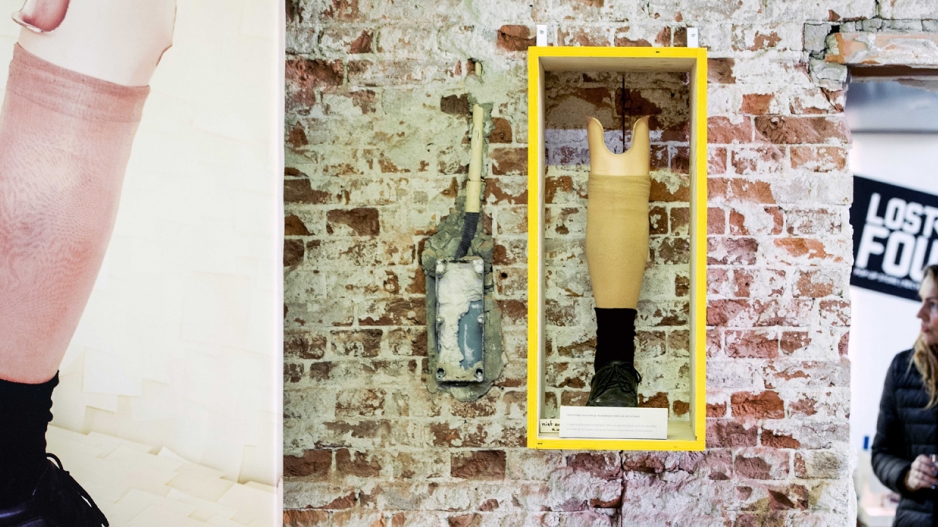 File: An artificial leg is on displayed at the exhibition 'Lost & Found Project' in Amsterdam, The Netherlands. Scientists in Vienna have developed a 'feeling' artificial limb.

VIENNA – The world&39;s first artificial leg capable of simulating the feelings of a real limb and fighting phantom pain will be unveiled by researchers in Vienna on Monday.

The innovation is the result of a two-fold process, developed by Professor Hubert Egger at the University of Linz in northern Austria.

Surgeons first rewired remaining foot nerve endings from a patient&39;s stump to healthy tissue in the thigh, placing them close to the skin surface.

Six sensors were then fitted to the foot sole of a light-weight prosthesis, and linked to so-called stimulators inside the shaft where the stump sits.

"It&39;s like a second lease of life, like being reborn," Austrian amputee Wolfgang Rangger, told AFP ahead of Monday&39;s media launch.

The former teacher, who lost his right leg in 2007 after suffering a blood clot caused by a cerebral stroke, has spent the last six months testing the new prosthesis.

"It feels like I have a foot again. I no longer slip on ice and I can tell whether I walk on gravel, concrete, grass or sand. I can even feel small stones," he said.

The 54-year-old runs, cycles and goes climbing. When he moves, the limp is barely noticeable.

Every time Rangger takes a step or applies pressure, the small sensor devices send signals to the brain.