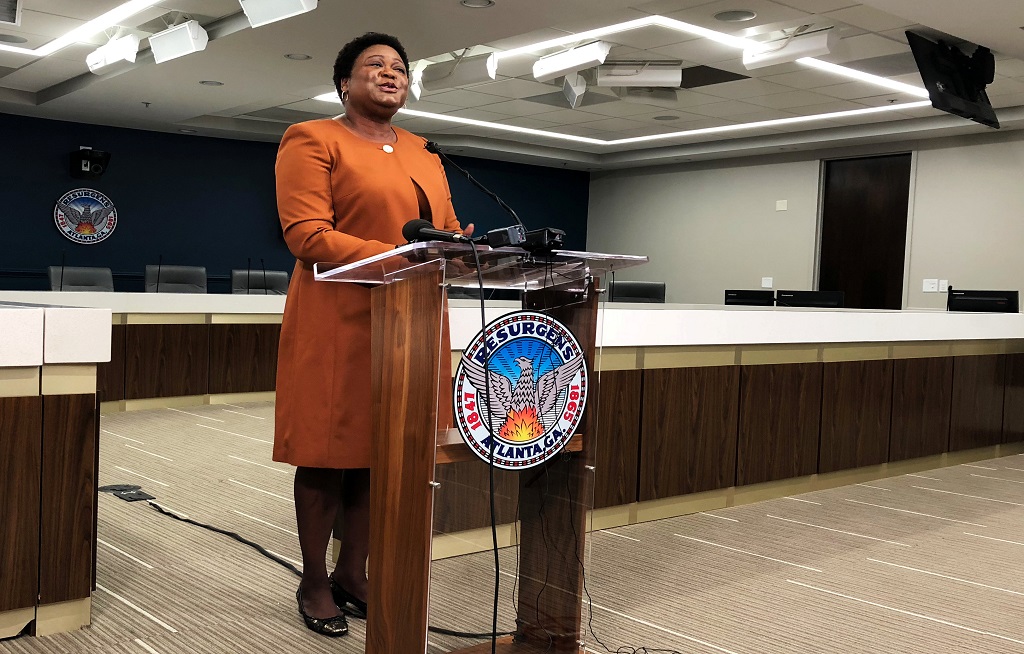 ATLANTA – Atlanta&39;s top officials holed up in their offices on Saturday as they worked to restore critical systems knocked out by a nine-day-old cyber attack that plunged the Southeastern U.S. metropolis into technological chaos and forced some city workers to revert to paper.

On an Easter and Passover holiday weekend, city officials labored in preparation for the workweek to come.

The City of Atlanta is being blackmailed by an immense ransomware cyberattack https://t.co/HbgN5SpfMv pic.twitter.com/dt1reUVeW6

Police and other public servants have spent the past week trying to piece together their digital work lives, recreating audit spreadsheets and conducting business on mobile phones in response to one of the most devastating "ransomware" virus attacks to hit an American city.

Ransomware typically corrupts data and does not steal it. The city of Atlanta has said it does not believe private residents&39; information is in the hands of hackers, but they do not know for sure.

Atlanta is under a ransomware cyberattack as internal systems are being held hostage. The FBI is among the agencies investigating. @jeffpeguescbs has more. https://t.co/DqdgNzn80O pic.twitter.com/NpFBhRoBDT

City officials have declined to discuss the extent of damage beyond disclosed outages that have shut down some services at municipal offices, including courts and the water department.

Nearly 6 million people live in the Atlanta metropolitan area. The Georgia city itself is home to more than 450,000 people, according to the latest data from the U.S. Census Bureau.

City officials told Reuters that police files and financial documents were rendered inaccessible by unknown hackers who demanded $51,000 worth of bitcoin to provide digital keys to unlock scrambled files.

“Everything on my hard drive is gone,” City Auditor Amanda Noble said in her office housed in Atlanta City Hall’s ornate tower.

City officials have not disclosed the extent to which servers for backing up information on PCs were corrupted or what kind of information they think is unrecoverable without paying the ransom.

Noble discovered the disarray on March 22 when she turned on her computer to discover that files could not be opened after being encrypted by a powerful computer virus known as SamSam that renamed them with gibberish.

City officials then quickly entered her office and told her to shut down the computer before warning the rest of the building.

Noble is working on a personal laptop and using her smartphone to search for details of current projects mentioned in emails stored on that device.

Not all computers were compromised. Ten of 18 machines in the auditing office were not affected, Noble said.