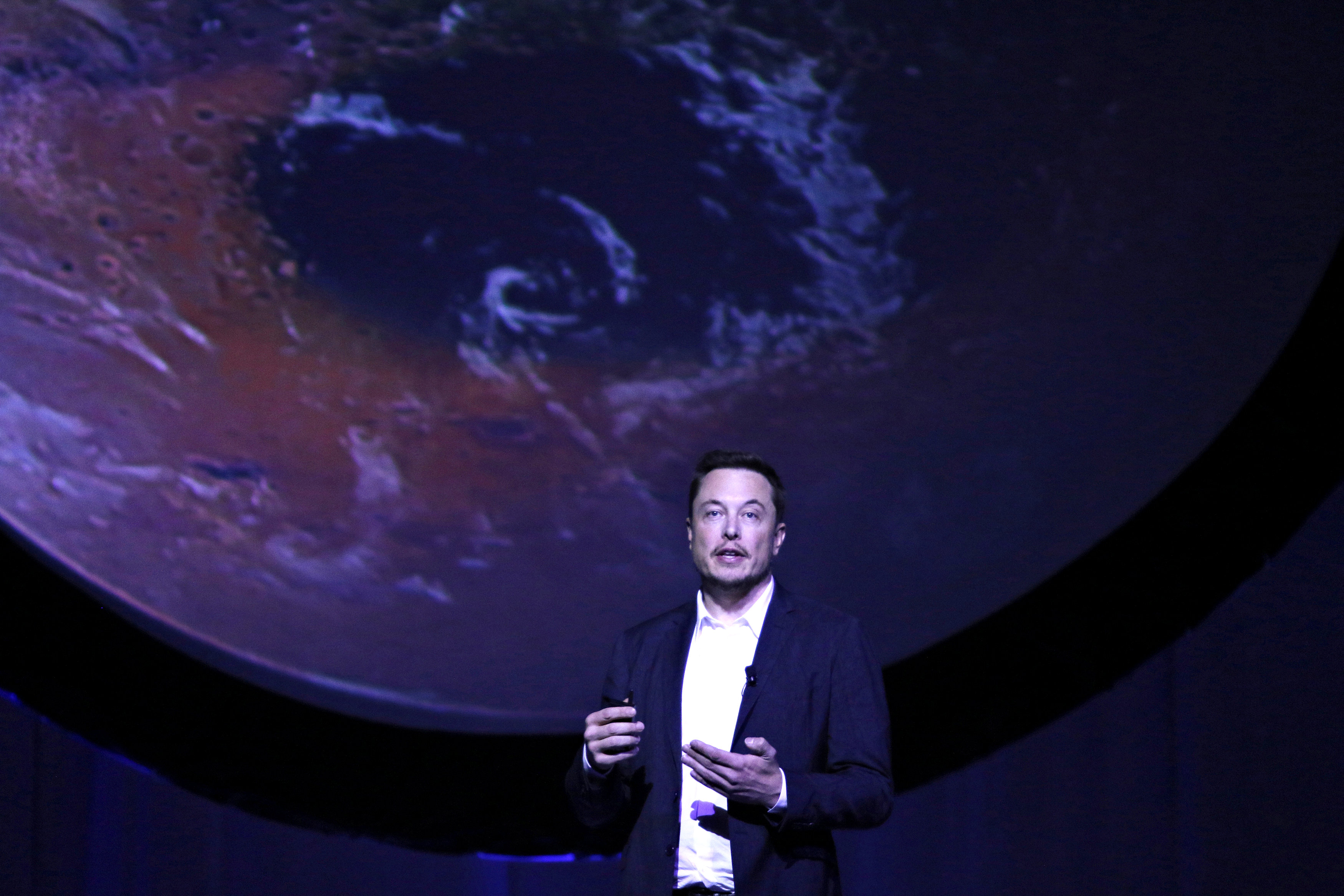 GUADALAJARA, Mexico - SpaceX is developing a massive rocket and capsule to transport large numbers of people and cargo to Mars with the ultimate goal of colonising the planet, company chief and tech billionaire Elon Musk said on Tuesday.

Musk outlined his plans for the Mars rocket, capable of carrying 100 passengers plus cargo per voyage, even as SpaceX is still investigating why a different rocket carrying a $200 million Israeli satellite blew up on a launch pad in Florida earlier this month.

SpaceX intends to fly to Mars about every 26 months when Earth and Mars are favourably aligned. Musk said he would like to launch the first crew as early as 2024, a schedule he said was optimistic.
Musk said there would be no guarantee of survival for anyone signing up with SpaceX for the "incredible adventure" of a trip to Mars.

"The risk of fatality will be high. There's no way around it. Basically, are you prepared to die, and if that's OK then you're a candidate for going," he said at a presentation at the International Astronautical Congress meeting in Guadalajara.

Though Musk said he envisions humans living in a large colony on Mars and possibly terraforming the planet, he added that one key issue will be getting the cost low enough to attract customers.
"You can't create a self-sustaining civilisation if the ticket price is $10 billion per person," he said.

"Our goal is to get it roughly equivalent to (the) cost of a median house in the United States, about $200,000. "Mars colonists would not have to sign up for a one-way journey since reusing the spaceships keeping the transportation costs low, Musk said.

"The number of people willing to move to Mars is much greater if they have the option of returning, even if they never do," he said. Musk said it would be a challenge to fund the Mars effort, with development costs estimated at $10 billion. "I'm personally accumulating assets in order to fund this," he said, adding that "ultimately this is going to be a huge public-private partnership."

SpaceX, which Musk founded specifically with the purpose of colonising Mars, is one of several private and government-funded ventures vying to put people and cargo on the Red Planet and other destinations beyond Earth's orbit.

Mars is typically 140 million miles (225 million km) from Earth and landing the first humans there, after what traditionally has been a six- to nine-month journey, is an extremely ambitious goal. Musk expects his rocket to be able to cut the transit time to as little as three months and released a four-minute video showing the craft.

The U.S. government is also stepping up efforts to venture beyond the moon. NASA is supporting SpaceX's first mission to Mars, which is targeted for launch in 2018. SpaceX wants to send an unmanned capsule, called Red Dragon, to the surface of Mars to test descent, entry and landing systems.

NASA will be providing deep space and Mars communications relays for SpaceX and consulting services in exchange for flight data. NASA wants to be able to land payloads weighing up to about 30 tonnes on Mars. So far, the heaviest vehicle to land on Mars was the one-ton Curiosity rover.

For now, Musk said SpaceX's top priority is tracing the cause of its Sept. 1 accident. "It's the most vexing and difficult thing -- We've eliminated all the obvious possibilities," Musk later told reporters.
He characterised the accident, SpaceX's second in 14 months, as "a small thing on a long road," adding that the company has not lost a single customer.

SpaceX has a backlog of more than 70 missions for commercial and government customers, worth more than $10 billion. "There probably will be other failures in the future," Musk said.