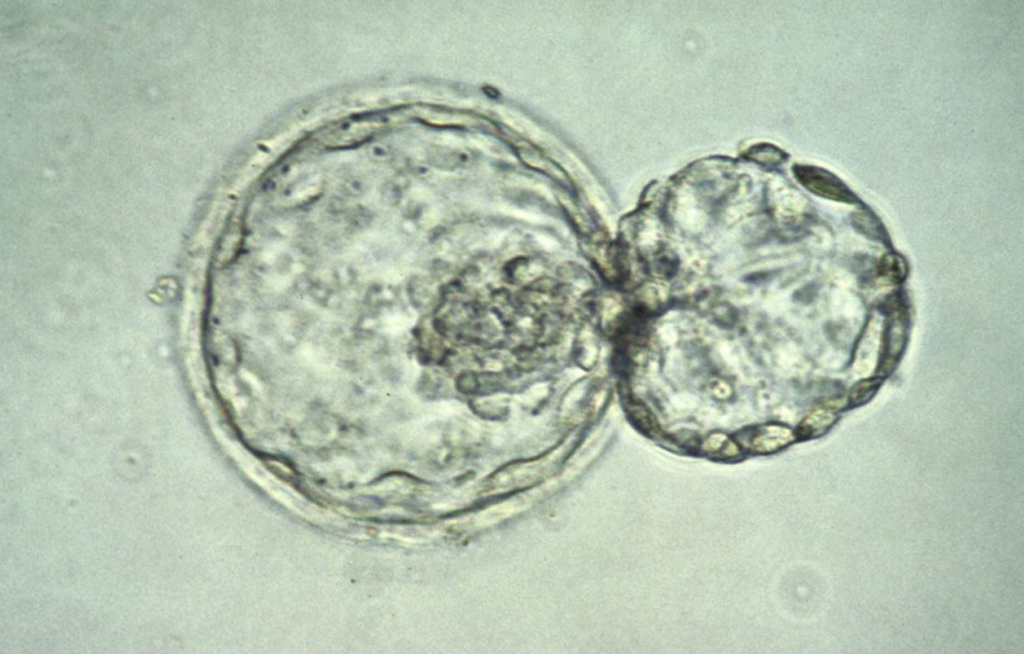 A human embryo at the blastocyst stage, about six days after fertilization, viewed under a light microscope. The embryo is in the process of "hatching" out of the zona pellucida (the tough outer membrane) just before implanting in the wall of the uterus.

LONDON - Britain on Monday granted its first licence to genetically modify human embryos for research into infertility and why miscarriages happen, in a move likely to raise ethical concerns.

"Our licence committee has approved an application from Dr Kathy Niakan of the Francis Crick Institute to renew her laboratory&39;s research licence to include gene editing of embryos," the Human Fertilisation and Embryology Authority (HFEA) said in a statement.

"As with all embryos used in research, it is illegal to transfer them to a woman for treatment."

The decision makes Britain one of the first countries in the world to grant this type of authorisation for experimentation on human embryos, although similar research has been carried out in China.

The work could begin in the next few months.

Niakan has said she is planning to modify the embryos using a technique known as CRISPR-Cas9, which allows scientists to insert, remove and correct DNA within a cell.

The embryos will not become children as they must be destroyed within 14 days and can only be used for basic research.

She plans to find the genes at play in the first few days of fertilisation when an embryo develops a coating of cells that later become the placenta.

The embryos to be used in the research are ones that would have been destroyed, donated by couples receiving In-Vitro Fertilisation (IVF) treatment who do not need them.

Critics have warned about the potential of "designer babies" but several researchers were quick to hail Monday&39;s decision.

The project should "assist infertile couples and reduce the anguish of miscarriage," Bruce Whitelaw, professor of animal biotechnology at the University of Edinburgh, told the Science Media Centre.

Darren Griffin, professor of genetics at the University of Kent, said the ruling was "a triumph for common sense".

"While it is certain that the prospect of gene editing in human embryos raised a series of ethical issues and challenges, the problem has been dealt with in a balanced manner," he said.

"It is a clear example how the UK leads the world not only in the science behind research into early human development but also the social science used to regulate and monitor it," he added.

Sarah Norcross, director of Progress Educational Trust, a charity, said: "This decision by the HFEA is a victory for level-headed regulation over moral panic".

In a research paper published in April last year, Chinese scientists described how they were able to manipulate the genomes of human embryos for the first time, which raised ethical concerns about the new frontier in science.

Junjiu Huang, a gene-function researcher at Sun Yat-sen University in Guangzhou, and colleagues describe how they used the CRISPR-Cas9 technique to modify the genomes of embryos obtained from a fertility clinic.