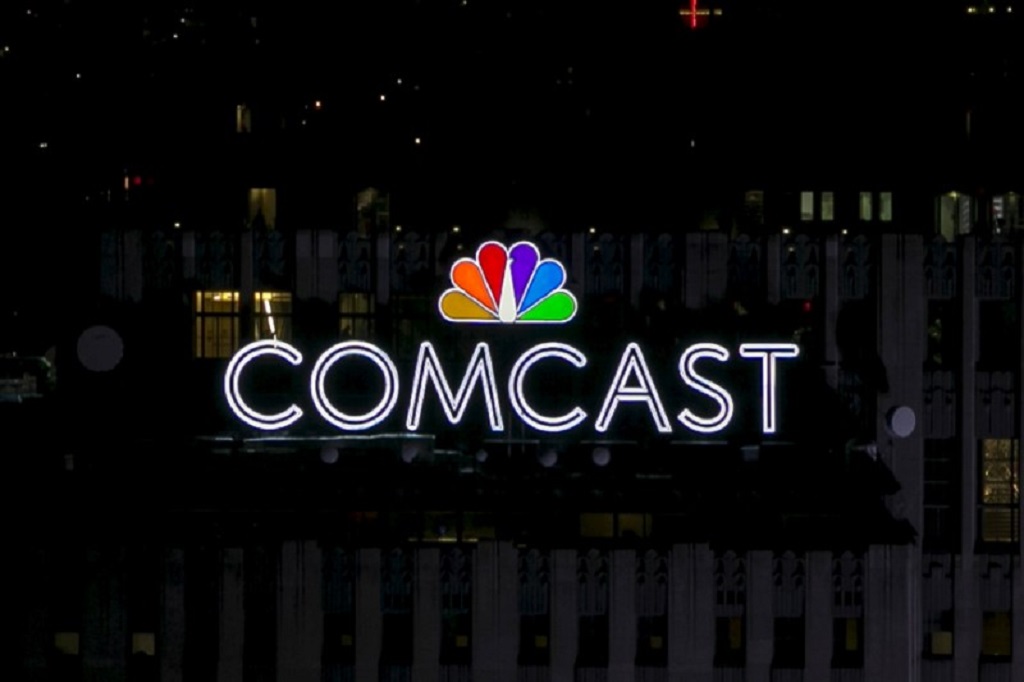 The NBC and Comcast logo are displayed on top of 30 Rockefeller Plaza, formerly known as the GE building, in midtown Manhattan in New York July 1, 2015.

NEW YORK - Comcast Corp launched a new cloud-based service on Monday that allows users to control and monitor their Wi-Fi usage as the largest cable provider in the US looks for ways to boost consumer loyalty in its broadband business.

The service, called XFi, allows users to set up their home Wi-Fi, shut off children's devices at bedtime, and troubleshoot problems from an application on their mobile phones, website or television.

It is now available for free to 10 million of Comcast's Xfinity Internet customers with compatible WiFi devices.

Comcast is trying to improve the home Wi-Fi experience at a time when its customers are connecting a growing number of devices.

The Philadelphia-based company says that by 2020, Americans will have an average of 50 connected devices in their homes.

Its efforts come at a time when broadband subscribers are outnumbering video customers as more consumers drop their cable packages or never subscribe in the first place.

In 2016, Comcast had 24.7 million high-speed Internet customers and 22.5 million video customers, according to a filing.

On the company's post-earnings conference call, Chief Executive Brian Roberts said last month that "we have more broadband customers than we do video, and the rate of that growth is pretty exciting in broadband." Comcast's broadband business grew 10.1 percent in the first quarter ended March 31.

In creating XFi, the company hopes to reduce churn, or customer defections.

Chris Satchell, chief product officer, said in an interview that half of the customer complaints Comcast receives about Internet service are actually about Wi-Fi.