Craft beer: South Africans wake up late in their search for authenticity 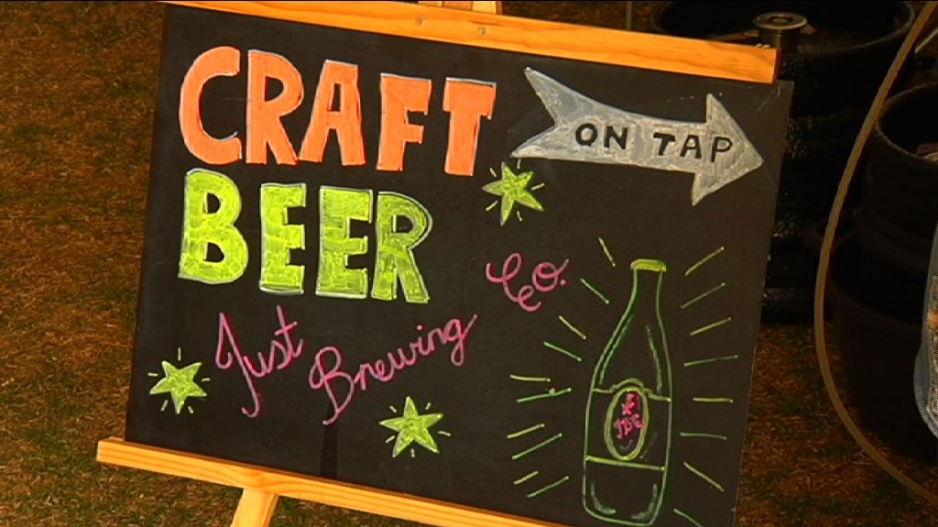 28 September - Beer lovers are spoilt for choice at the Joburg Festival of beer. It's SAs largest annual gathering of beer lovers and brewers. 160 local and international brews are on show. This is the second year that the festivals been held in Jozi.

When the Wort Hog Brewers homebrewing club was officially founded in 1997 (after having been a smaller concern since 1993), there were two small-scale breweries - (Mitchell’s and Drayman’s) - in South Africa, with limited distribution.

These breweries were different from the large multinational brewing companies in the volumes they produced, the scale of their operations and the range of flavours in their beers.

Many people had taken up homebrewing to get their hands on beers like the ones they had tasted in Germany and England, which were quite unlike the bland lagers that were available at their local liquor store. The smaller scale of the processes in these small breweries also allowed for the idea that you could know the person who formulated the recipe and brewed the beer.

This small scale, speciality product and hands-on approach are pretty good defining characteristics of what makes a “craft” brewery, but the exact volumes, the nature of the product and the amount of personal interaction which will qualify or push a brewery over the edge into commercial territory differs by region.

In contrast to 1997, there are currently more than 150 craft breweries in South Africa, many shipping their products around the country. There are even online services where you can order home delivery of craft beer and it is becoming commonplace to expect a craft beer or two on tap at your local eatery. Why has this happened, and why now, given the long history of beer?

This boom appears to follow the trend set in America, where large-scale commercial breweries declined steadily from around 800 after Prohibition ended to fewer than 60 in 2013 while craft breweries grew from nothing to 1500 in the same time. Their boom started in the 1990s, while ours is about 10 years behind.

Perhaps this demand in South Africa is driven by a return to authenticity and a sense of connection with a brewer or a brand, in opposition to the faceless multinationals brewing the bland lagers which have been the baseline for beer in the past. Establishments featuring local beers appeal to the modern drive for local eating and small-scale artisanal products.

It’s no surprise that Google Trends reports a tenfold increase in searches for ‘hipster’ between 2009 and 2015. The hipster ethos is permeating our culture as well. Their focus on sincerity and handmade, quirky consumer items resonates with the craft beer industry’s values. Mainstream marketing has also shifted to highlight quality, care and unique product identity rather than the good times to be had while drinking with friends or after a hard day’s work as was the case in the past.

But a small subculture does not make for the sales which can sustain 150 breweries. Rather, the acknowledgement of the diversity of tastes available in beer has expanded the reach of beer as a beverage. Another part of the puzzle must be that craft beer festivals have also become hugely popular. Their marketing value cannot be overlooked.

It’s a lot easier to discover the variety of local craft at a festival, where you are circulating through the stands and tasting in an easygoing environment, than to find what you are looking for at a bottle store. Interacting with the people who brew the beer and who can advise you is also invaluable for the novice craft beer drinker.

When you are surrounded by hundreds of people all drinking something interesting, it seems a lot more normal than skipping the big fridge full of “standard beers” in favour of the rack of craft beers at the liquor store.

The mainstream breweries are still seeing growth in consumption alongside the craft beer revolution, which means that in South Africa at least, the two industries are coexisting rather than replacing one another. Craft beer festivals have seen financial support from the mainstream companies, and development of future brewers has been supported by events like the Brewing Intervarsity, sponsored by South African Breweries.

What you drink is a signal of your identity, your tribe. No one wants to be mainstream in a time of individuality, and this even more so if you are in a band which criticises the status quo.

South African rock band Fokofpolisiekar (just writing their name is an act of rebellion) have started their own line of beers, brewed by Sir Thomas Brewery in Stellenbosch. The branding of the beers is tied to the bands’ songs, but also has a certain steampunk flair. Craft beer has been associated with alternative culture, perhaps more by virtue of what it isn’t than any cohesive idea of what it is. It isn’t mass produced; it isn’t mainstream.

This is the time of the individual, the time of customisation and the time where everyone expects their unique tastes to be catered for. This may be the true answer: we are in the midst of a large-scale cultural shift which happens to favour craft beer.

When everyone tries to stand out and make unique choices, and searches for a drink that can convey their sense of identity as well as satisfying their unique tastes, we can expect the number of styles of beer and the number of branding sentiments to proliferate.

We hope that this trend will continue and that the joys of a distinctive beer which were once restricted to a small group of homebrewers will now be available to everyone.