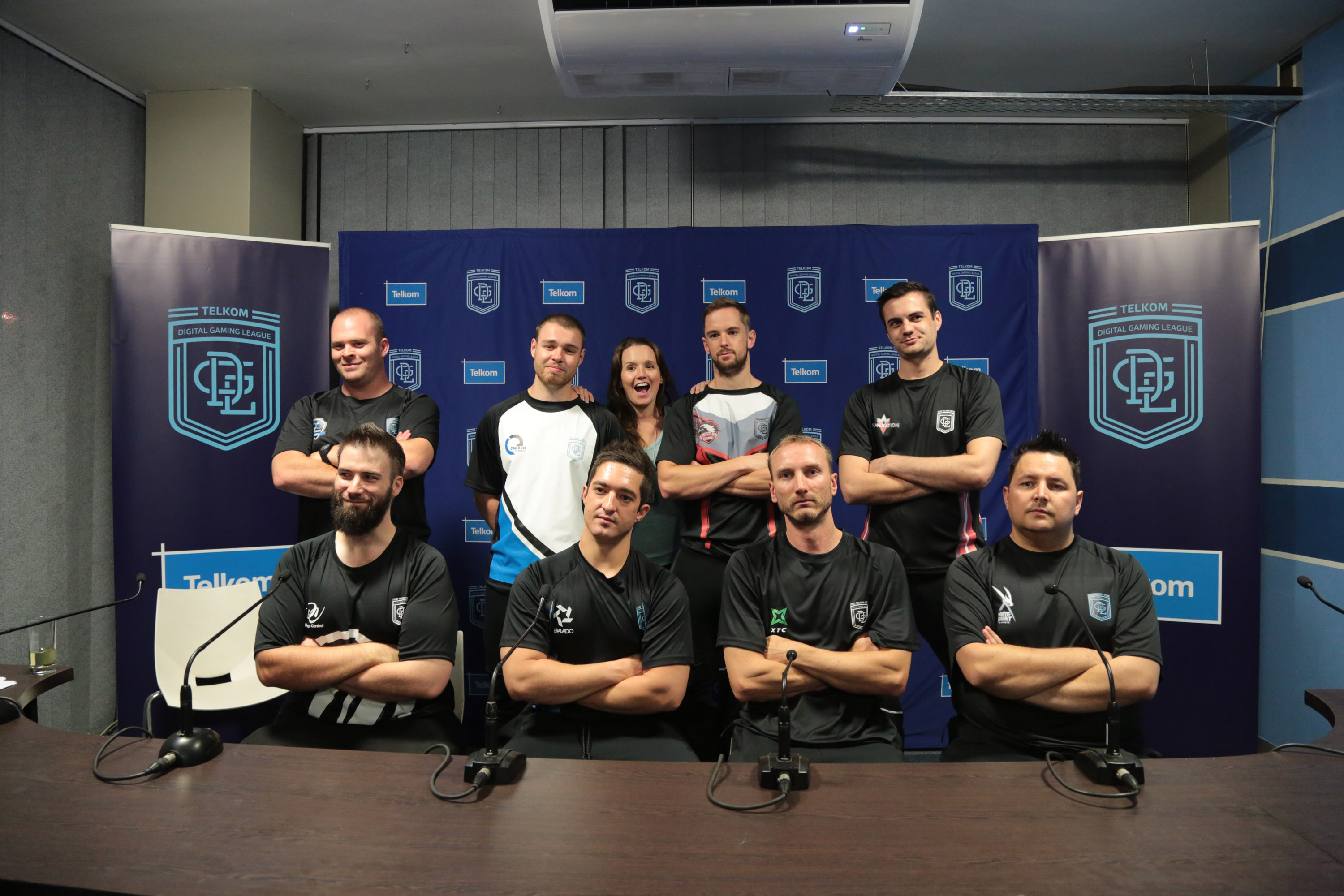 The top MGOs in South African eSports sit for a group image following the announcement of the establishment of the Telkom DGL Masters League.

Organisers say the move not only provides tournament structure but an incentive and pathway to professional status for gamers that in turn creates brand, sponsorship and the, so far, elusive audience needed to build an industry.

“Gaming has seen phenomenal growth over the past few years as players become ever more engaged. We already have more than four million gamers in South Africa. By professionalising the sport and developing new players, we can look forward to seeing more local talent compete on the same footing as international teams,” says Johann Von Backstrm from the DGL Management Company.

The new league will include a Masters programme for elite Multi Gaming Organisations (MGOs) with prize money totalling R1 million in cash.

The league gets structured through a three tier offering:

*The DGL Masters programme; the eight MGOs battle it out for top position with Dota 2 and CO:GO. The final is planned for October 2016.

Following the launch, we sat down with all eight of the represented MGOs and got their views as to just what this means to them after years of hard work and practicing, but also where they see the sport going in the next three years.

The reverberating response was positive. Gamers applauded the structure, incoming investment, and strategy of bringing the local tournaments into line with international standards.

Watch the full panel in the gallery above.

The panel of eSport experts held before the announcement is coming shortly.

Watch the launch here or embedded below: