Dinosaur discovery may explain why birds have beaks 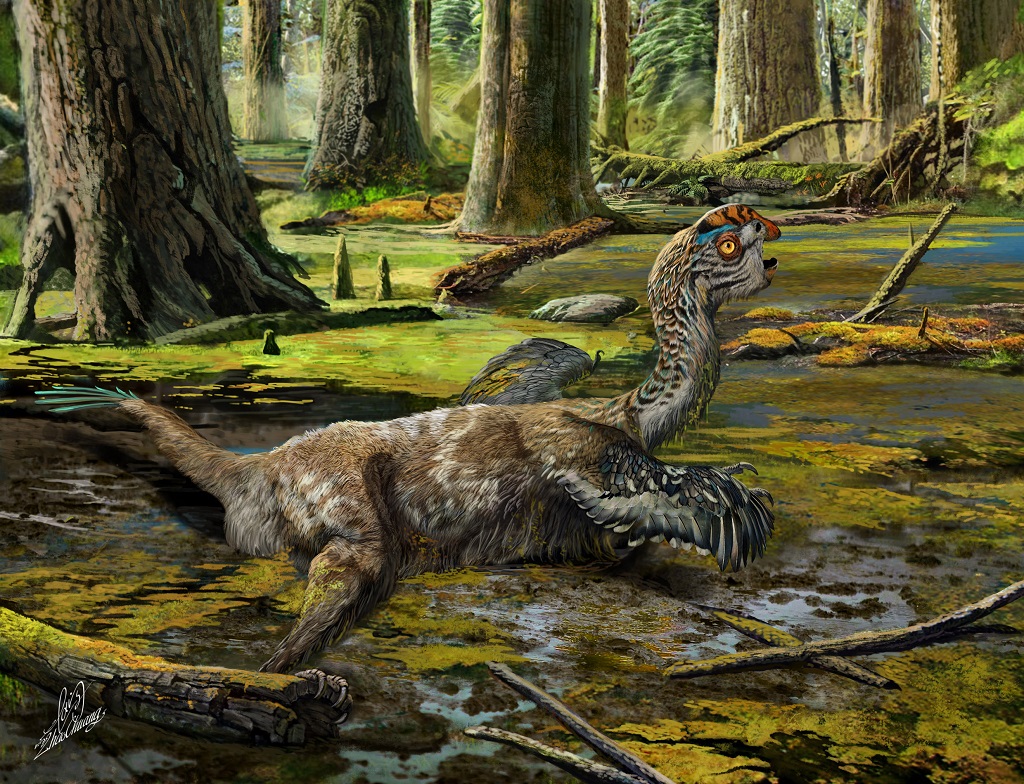 The last-ditch struggle of a Tongtianlong limosus mired in mud a possible way the it was killed and buried. A new dinosaur species was identified in China article in the Scientific Report 10 Nov 2016. Now new research may explain why birds have beaks.

MIAMI - Scientists in China have identified the first known dinosaur species that grew teeth as juveniles then lost them as adults, a finding that may explain why birds have beaks, said a study Thursday.

The research is based on fossils of a small and slender dinosaur known as Limusaurus inextricabilis, part of the theropod group of dinosaurs which were the ancestors of modern birds.

READ: Why were there so many dinosaur species?

It likely ate meat as a youngster but transformed into a beaked-adult that probably subsisted on plants, said the study in Current Biology.

The results are based on an analysis of the fossilised remains of 13 ceratosaurian theropod dinosaurs, collected from the Upper Jurassic Shishugou Formation of northwestern China.

These remains allowed researchers to reconstruct the dinosaur's growth from a hatchling to age 10.

The first scientific paper on Limusaurus was published in 2001, when researchers had just one fossilised juvenile.

More specimens were unearthed in the following years.

"Initially, we believed that we found two different ceratosaurian dinosaurs from the Wucaiwan Area, one toothed and the other toothless, and we even started to describe them separately," said Wang.

But then researchers realised the fossils looked quite similar, except for the teeth. Eventually they concluded that the specimens were the same species, some were just younger and had teeth.

"This discovery is important for two reasons," said co-author James Clark, a professor of biology at the George Washington University.

"First, it's very rare to find a growth series from baby to adult dinosaurs. Second, this unusually dramatic change in anatomy suggests there was a big shift in  Limusaurus' diet from adolescence to adulthood."

The theory of a change in diet is supported by the chemical makeup of the fossilised bones, said the study.

This process could help explain "how theropods such as birds lost their teeth, initially through changes during their development from babies to adults," it added.

Among contemporary fish and amphibians, such tooth loss is commonly seen. The platypus, a beaked mammal, loses its teeth, too.

Researchers said the discovery of tooth loss in the Limusaurus marks the first in the fossil record and the first among reptiles.