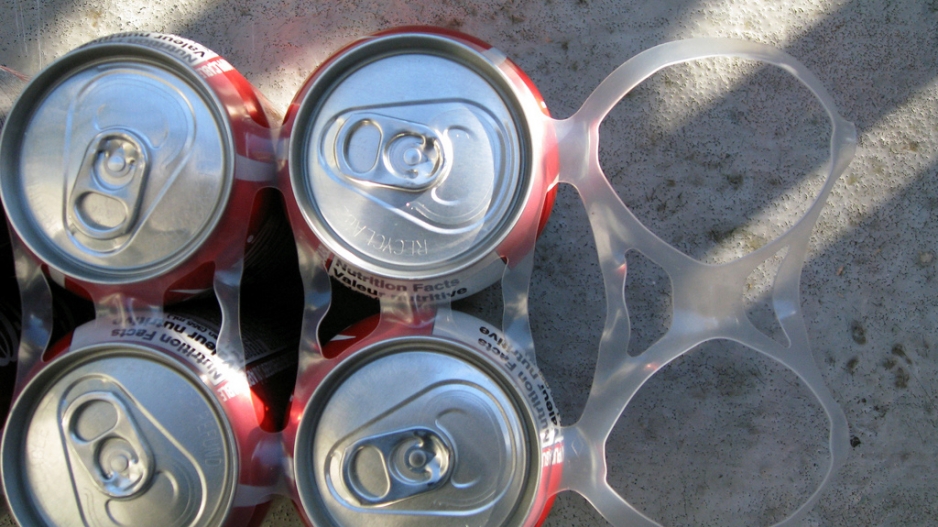 MIAMI - A Florida brewery has done something bold to try to help the environment: replacing the plastic six-pack rings that can harm sea life with edible ones.

Plastic rings -- untold numbers of which end up in rivers and oceans -- can be fatal to animals like fish, turtles and birds, and Saltwater Brewery thought there had to be a better way.

The Delray Beach craft brewery thinks it&39;s found it: turning wheat and barley left over from the brewing process into rings that are functional for thirsty people but also biodegradable and edible for animals.

This is "a six-pack packaging design that instead of killing animals, feeds them," said Chris Gove, president and co-founder of Saltwater Brewery.

"By using by-products of the beer brewing process such as barley and wheat, this packaging goes beyond recycling and strives to achieve zero waste."

Nicholas Mallos of the Washington-based Ocean Conservancy praised the idea as a "great example of innovating" but said it&39;s just one small step toward tackling a large problem.

More than 690 species of marine animals have been impacted by plastic pollution in the ocean, he explained.

Plastic rings can harm animals by getting stuck in their guts, or entrapping smaller creatures.

About half of all the beer Americans drink is sold in cans, so this idea could be a significant start.

Saltwater Brewery has made 500 prototypes of its edible rings and hopes to produce about 400,000 per month from October.