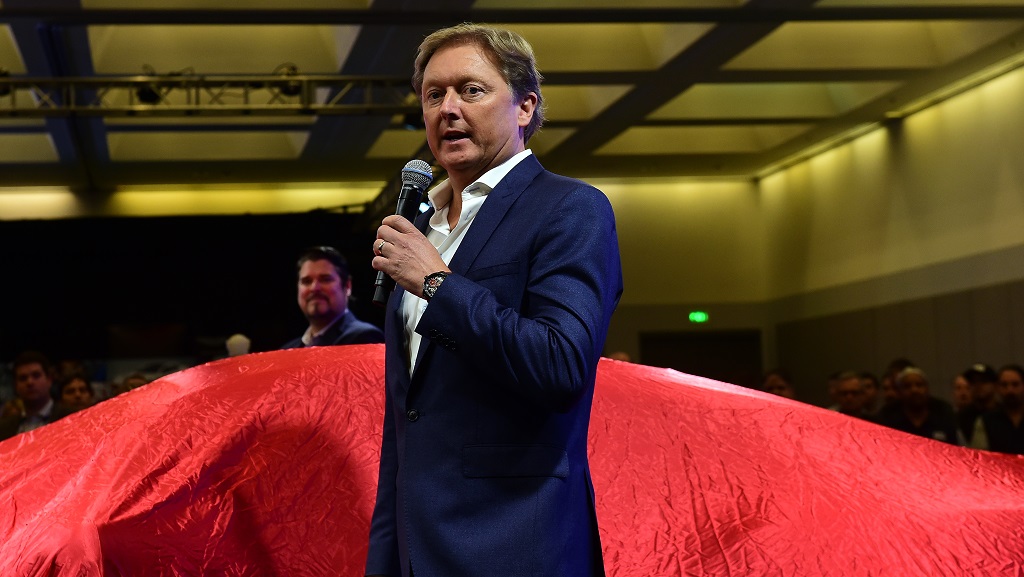 File: Automotive designer Henrik Fisker speaks ahead of the unveiling of the Galpin Rocket at the LA Auto Show's press and trade day in Los Angeles, California on November 20, 2014.

WASHINGTON - Former BMW designer Henrik Fisker announced plans on Tuesday to relaunch his electric vehicle efforts three years after a bankruptcy with his venture, which made high-priced cars popular with celebrities.

Fisker is to revive his rivalry with Tesla, promising a premium, all-electric successor to his 2012 Fisker Karma with "a patented battery that will deliver a significantly longer life and range than any battery currently on the market", a statement from the reconstituted company Fisker Inc said.

The relaunch comes after a high-profile bankruptcy by Fisker Automotive, which received $192-million in US government loans and left $139-million of that unpaid.

In the statement, Fisker said improved technology would make his task easier today.

"Fisker Inc will spearhead a revolution in electric cars that will disrupt the electric vehicle market and change the world," said Fisker, who is chairman and chief executive of the new group.

"Both the technology and the market are more mature now than when we first started out as pioneers in the electric vehicle industry, and our new vehicle will be the most innovative and cutting-edge electric car ever created."

The first Fisker group was started in southern California in 2007 by Fisker - a Danish designer who worked at Aston Martin, BMW and other auto firms - and his German business partner, Bernhard Koehler.

READ: Electric cars on the rise

But that company filed for bankruptcy in 2013 and a year later its assets were sold to Chinese auto parts maker Wanxiang.

The new group said it had no affiliation with Wanxiang, but did not disclose details of its financing.

The new Fisker debut vehicle will include "dynamic, never-before-seen design features, combining advanced materials with the use of the latest optimisation software", the statement said.

In addition, Fisker is developing a "mass-market, affordable electric vehicle that will retail for less than its competitors, but will feature a longer electric range".

The move comes with Tesla rapidly expanding its presence in the electric vehicle market at prices of $70,000 (R960,000) or more and preparing a launch of a new electric car at roughly half that price. Other car makers including General Motors are also moving into all-electric vehicles.

"If the electric car is to succeed as a mass-market vehicle, we need a radical new battery technology and battery pack integration - and our vehicles will have just that," Fisker said.

Solar energy firm Solyndra, which was the recipient of a $535-million government loan guarantee, also ended up filing for bankruptcy.