Former Volkswagen CEO Winterkorn indicted in US over 'Dieselgate' 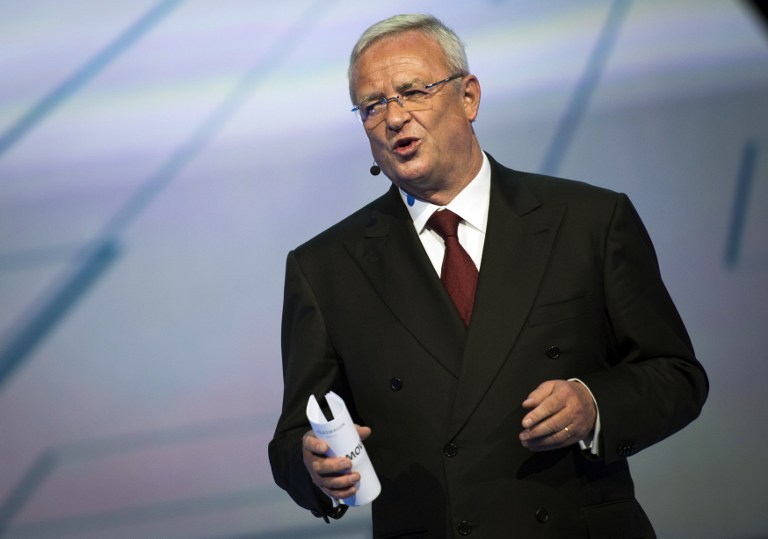 former Volkswagen Group CEO Martin Winterkorn at the launch of new vehicles from the German car manufacturer at the Fraport arena prior to the 66th IAA auto show in Frankfurt am Main, western Germany.

Winterkorn&39;s indictment brings the US criminal case to the uppermost levels of Volkswagen, which pleaded guilty last year to lying to American environmental regulators about emission control systems.

"The indictment unsealed today alleges that Volkswagen&39;s scheme to cheat its legal requirements went all the way to the top of the company," US Attorney General Jeff Sessions said in a statement.

Prosecutors say Winterkorn knew of the company&39;s emissions cheating as early as May 2014 but decided to continue with the fraud, the Justice Department said in a statement.

In the summer of 2015, months before the scandal broke, Winterkorn chaired a "damage table meeting" at Volkswagen&39;s headquarters in Wolfsburg, Germany where engine development staff delivered a presentation on how the company was deceiving US regulators and what consequences the company would face if it were caught, according to the Justice Department.

Prosecutors say that following the meeting, Winterkorn authorized the company to continue lying to American authorities.

Winterkorn resigned in September 2015 following revelations of the company&39;s emissions cheating, in which the company configured as many as 11 million vehicles worldwide to emit up to 40 times the permissible levels of harmful nitrogen oxide but to hide this during testing.

A Volkswagen spokesman told AFP the company "continues to cooperate with investigations by the Department of Justice into the conduct of individuals," but said, "It would not be appropriate to comment on individual cases."

Eight other individuals have now been charged by US authorities in the scandal. But only two VW engineers have been jailed after pleading guilty to participating in the conspiracy.

Similar to Winterkorn, each of them is believed to be a German citizen and to reside in Germany, the Justice Department said. One former manager of VW&39;s subsidiary Audi AG, Giovanni Pamio, 61, an Italian citizen, has been charged by complaint and currently remains in Germany pending extradition.