George W. Bush's page the most edited on Wikipedia 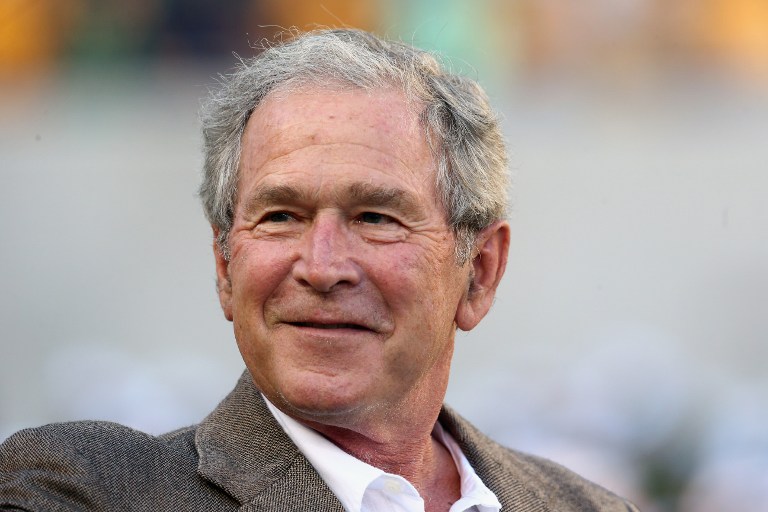 Former USPresident George W. Bush. says his father George H.W. considered not running for re-election in 1992 even though he loved his job, according to his new book.

SAN FRANCISCO -- Former US president George W. Bush may no longer be able to change the course of history -- but it has not stopped others trying for him.

To mark its 15th anniversary Friday, online encyclopedia Wikipedia released a ranking of its pages based on how many edits have been made by volunteers -- edits can mount at Wikipedia pages when people or subjects incite passion or rival perspectives.

Bush, in office from 2001 to 2009, topped the list with 45,862 edits to his Wikipedia page, coming in about 3,000 edits ahead of the World Wrestling Entertainment roster page.

The list of the top-10 most edited pages went on to include, in order, the United States, Wikipedia itself, Michael Jackson, Jesus and the Catholic Church.

Rounding out the list were programs broadcast by Philippines television network ABS-CBN, US President Barack Obama and Adolf Hitler.

Since its launch on January 15, 2001, Wikipedia has grown to more than 36 million articles, with approximately 80,000 volunteer editors contributing to the website, according to the nonprofit Wikimedia Foundation behind it.

Separately, Pew Research Center released a study detailing which subjects are most popular on Wikipedia in different languages.

The most visited article in the English version of Wikipedia was "List of deaths by year," which racked up more than 20.8 million page views last year alone, the research showed.

The most popular Chinese-language articles included the 1989 Tiananmen Square protests, mention of which is strictly taboo in China and heavily censored.

The top four Japanese language Wikipedia pages were devoted to pop groups, and the fifth was an article about organized crime group Yamaguchi-gumi.

Volleyball, basketball and football, along with Wikipedia itself and the periodic table of elements, were among the most popular articles in Spanish.

"Wikipedia seemed like an impossible idea at the time: an online encyclopedia that everyone can edit," founder Jimmy Wales said.

"However, it has surpassed everyone&39;s expectations over the past 15 years, thanks to the hundreds of thousands of volunteers around the world who have made Wikipedia possible."

Wikipedia has expanded to include 280 languages and averages more than 18 billion page views monthly, making it one of the world&39;s most visited websites, according to Pew.

For Wikipedia South Africa comments, watch the video above.