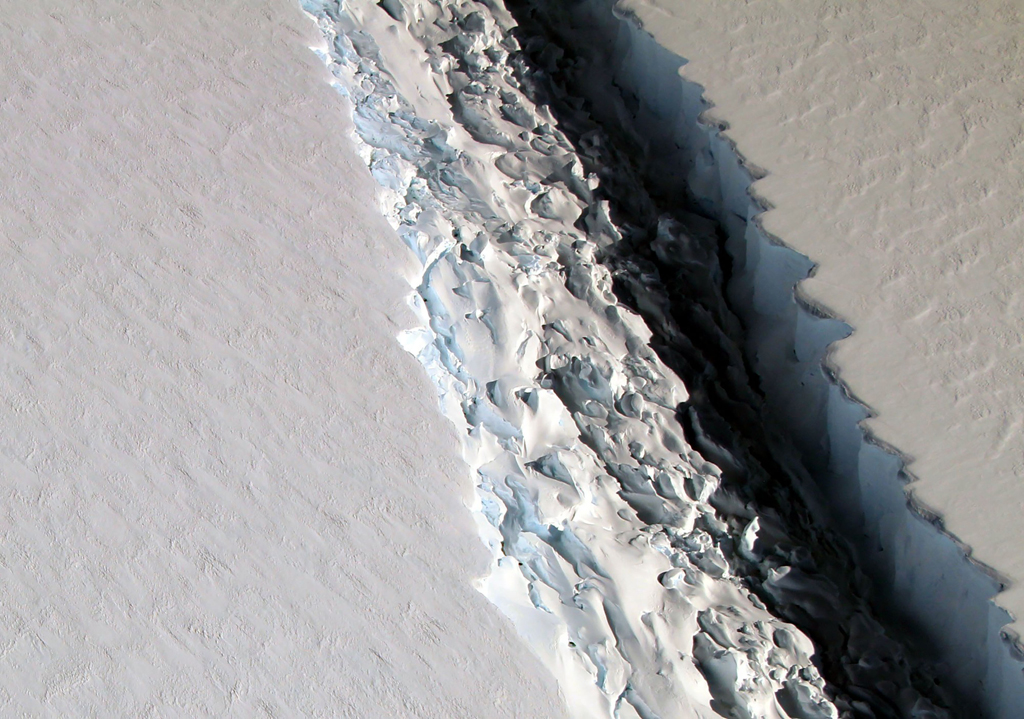 File photo released on December 1, 2016 by NASA shows what scientists on NASA's IceBridge mission photographed in a view of a massive rift in the Antarctic Peninsula's Larsen C ice shelf on November 10, 2016.

MIAMI, United States - Plant life is growing on Antarctica like never before in modern times, fueled by global warming which is melting ice and transforming the landscape from white to green, researchers said Thursday.

Scientists studying moss in an area spanning 400 miles (640 kilometers) have found a sharp increase in growth over the past 50 years, said the report in the journal Current Biology.

Plant life exists on only about 0.3 percent of Antarctica.

"Temperature increases over roughly the past half century on the Antarctic Peninsula have had a dramatic effect on moss banks growing in the region," said co-author Matt Amesbury, of the University of Exeter.

"If this continues, and with increasing amounts of ice-free land from continued glacier retreat, the Antarctic Peninsula will be a much greener place in the future."

Five moss cores -- or column-like samples drilled from the Earth -- showed evidence of what scientists called "changepoints," or points in time after which biological activity clearly increased.

"This gives us a much clearer idea of the scale over which these changes are occurring," said Amesbury.

"Previously, we had only identified such a response in a single location at the far south of the Antarctic Peninsula, but now we know that moss banks are responding to recent climate change across the whole of the Peninsula."

The polar regions are warming more rapidly than the rest of the Earth, as greenhouse gasses from fossil fuel burning build up in the atmosphere and trap heat.

The Arctic is warming the fastest, but Antarctica is not far behind, with annual temperatures gaining almost one degree Fahrenheit (half degree Celsius) each decade since the 1950s.

"The sensitivity of moss growth to past temperature rises suggests that ecosystems will alter rapidly under future warming, leading to major changes in the biology and landscape of this iconic region," said researcher Dan Charman, a professor at Exeter.

"In short, we could see Antarctic greening to parallel well-established observations in the Arctic."

Researchers on the project also came from the University of Cambridge and the British Antarctic Survey.