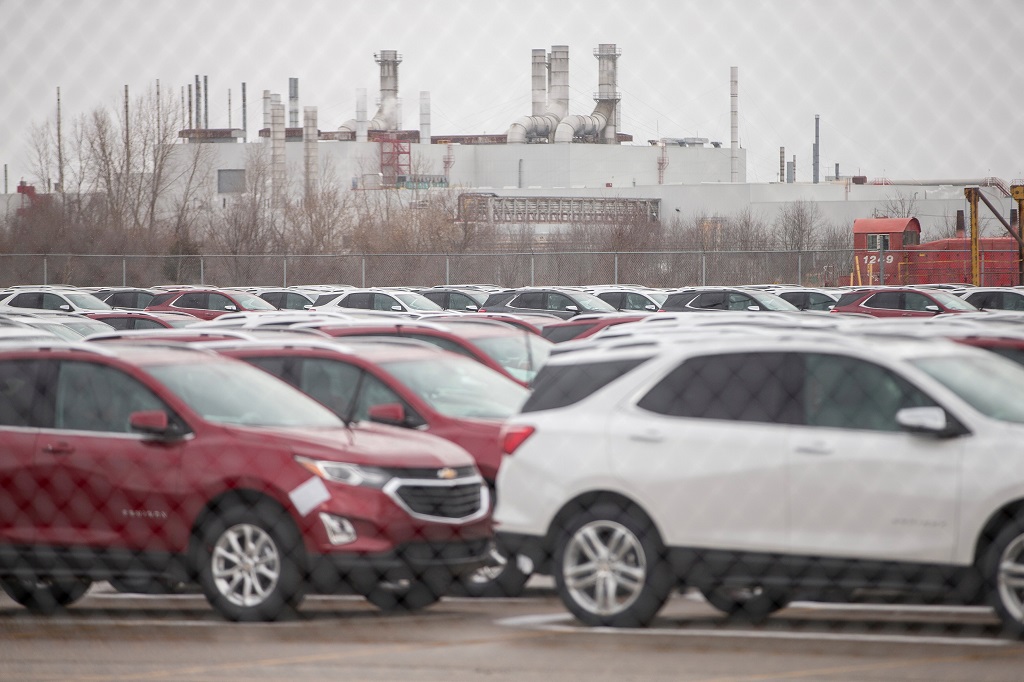 File: No-deal between the UK and EU would see this highly-integrated production line face a series of blockages, including hold-ups at new customs checks.

WASHINGTON - General Motors is aiming to overtake rivals by launching a large-scale fleet of self-driving taxis by 2019.

The US auto giant told an investor call its strategy is based on zero emissions and autonomous technology that will eliminate most crashes.

"If we continue on our current rate of change, we will be ready to deploy this technology in large scale in the most complex environments in 2019," said GM president Dan Ammann in the call Thursday.

Ammann said GM is betting on autonomous technology, calling it "the biggest business opportunity since the creation of the internet."

The plan for a 2019 deployment would likely put GM ahead of rivals such as former Google car unit Waymo, which has begun small-scale trials of autonomous cars, and Uber, which has ordered vehicles from Volvo for deployment between 2019 and 2021.

GM chairman and chief executive Mary Barra said on the same call that the company is planning "the next chapter in our journey in the transformation that is happening in this industry."

She said GM "believes in a vision and we are committed to a future where we have zero crashes, zero emissions and zero congestion."

GM sees autonomous electric cars as "platform" that will change the economics of car ownership -- instead of selling a car for $30,000(R412,161), the autonomous vehicles will be deployed in car-sharing operations and generate "several hundreds of thousands of dollars," according to Amman.

"The autonomous vehicle ridesharing opportunity is real and represents a potentially game-changing paradigm shift for GM," Spak said in a research note.