Is there life on Mars? 'Underground lake' found on the red planet 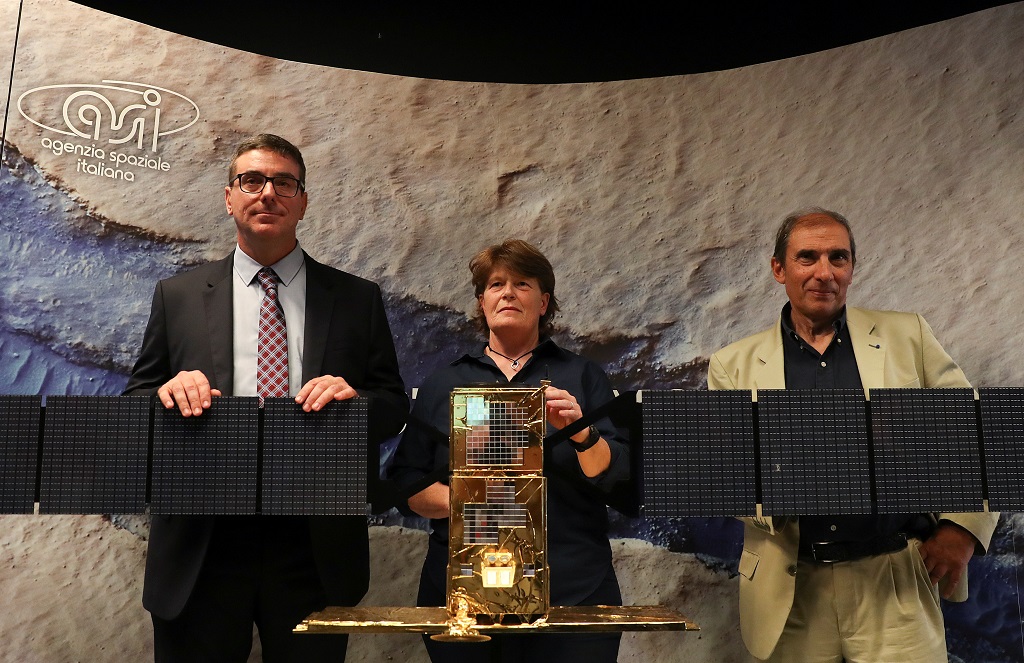 Scientists Roberto Orosei (L), Elena Pettinelli (C) and Enrico Flamini pose near a replica of the Cosmo Sky Med satellite before a news conference where they announce after first-time detection of liquid water on Mars by Italian radar Italian radar MARSIS

WASHINGTON - Using a radar instrument on an orbiting spacecraft, scientists have spotted what they said on Wednesday appears to be a sizable salt-laden lake under the ice on the southern polar plain of Mars, a body of water they called a possible habitat for microbial life.

READ: Red planet and &39;blood moon&39; set to pair up to dazzle skygazers

The reservoir they detected - roughly 20 km in diameter, shaped like a rounded triangle and located about 1.5 km beneath the ice surface - represents the first stable body of liquid water ever found on Mars.

Whether anywhere other than Earth has harboured life is one of the supreme questions in science, and the new findings offer tantalizing evidence, though no proof. Water is considered a fundamental ingredient for life.

The researchers said it could take years to verify whether something is actually living in this body of water that resembles a subglacial lake on Earth, perhaps with a future mission drilling through the ice to sample the water below.

"This is the place on Mars where you have something that most resembles a habitat, a place where life could subsist," said planetary scientist Roberto Orosei of Istituto Nazionale di Astrofisica in Italy, who led the research published in the journal Science.

"This kind of environment is not exactly your ideal vacation or a place where fish would swim," Orosei added. "But there are terrestrial organisms that can survive and thrive, in fact, in similar environments. There are microorganisms on Earth that are capable of surviving even in ice."

The detection was made using data collected between May 2012 and December 2015 by an instrument aboard the European Space Agency&39;s Mars Express spacecraft that transmits radar pulses, which penetrate the Martian surface and ice caps.

"This took us long years of data analysis and struggles to find a good method to be sure that what we were observing was unambiguously liquid water," said study co-author Enrico Flamini, chief scientist at the Italian Space Agency during the research.

Mars long ago was warmer and wetter, possessing significant bodies of water, as evidenced by dry lake beds and river valleys on its surface. There had been some signs of liquid water currently on Mars, including disputed evidence of water activity on Martian slopes, but not stable bodies of water.

Orosei said the water in the Martian lake was below the normal freezing point but remained liquid thanks in large part to high levels of salts. Orosei estimated the water temperature at somewhere between minus 10 degrees Celsius and minus 70 degrees Celsius.

It remains to be seen if more subsurface reservoirs of water will be found or whether the newly discovered one is some sort of quirk, Orosei said.

If others are detected and a network of subglacial lakes exists like on Earth, he said, that could indicate liquid water has persisted for millions of years or even dating back to 3-1/2 billion years ago when Mars was a more hospitable planet.

The question would be, Orosei added, whether any life forms that could have evolved long ago on Mars have found a way to survive until now.

"Nobody dares to propose that there could be any more complex life form," Orosei said.