IUDs cut risk of cervical cancer by a third: study 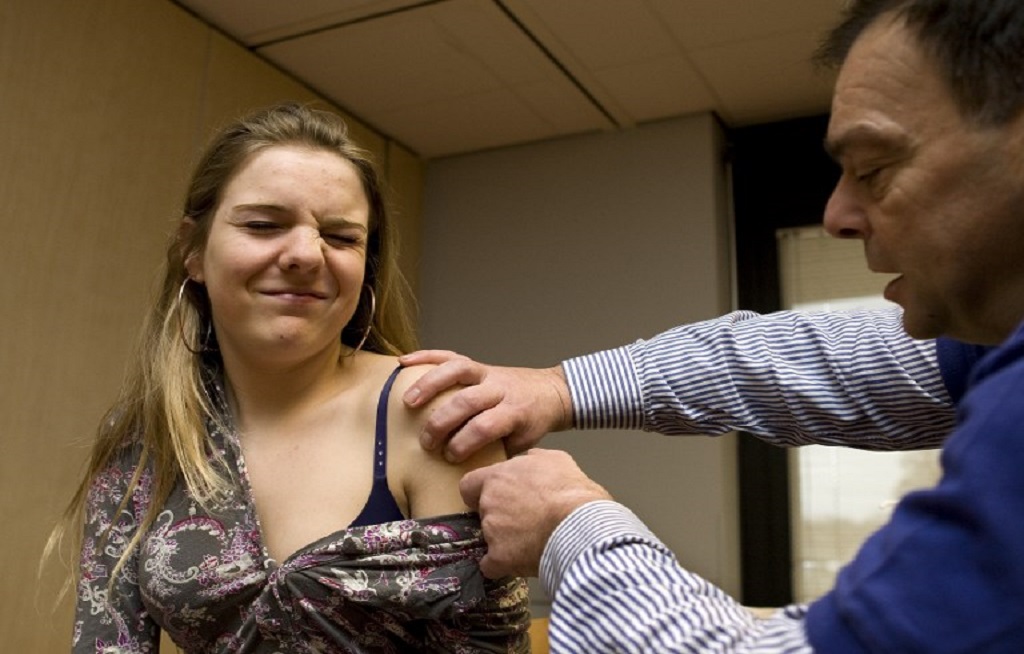 A girl is getting a vaccin against cervical cancer in Zwijndrecht, March 29, 2010.

MIAMI – Women who get intra-uterine devices (IUDs) for birth control appear to face a dramatically lower risk of getting cervical cancer, the third most common cancer in women worldwide, US researchers said Tuesday.

The risk of cervical cancer in women with IUDs was one-third lower than women without them, said the review in the journal Obstetrics and Gynecology, which included 16 previous studies spanning more than 12,000 women around the globe.

"The pattern we found was stunning. It was not subtle at all," said lead author Victoria Cortessis, associate professor of clinical preventive medicine at the Keck School of Medicine, part of the University of Southern California.

"The possibility that a woman could experience some help with cancer control at the same time she is making contraception decisions could potentially be very, very impactful."

Researchers are not sure why the risk of cervical cancer drops so much, but one theory is that the devices stimulate an immune response that helps fight off cancer-causing infections like the human papillomavirus (HPV).

Another possibility is that when women have the devices removed, precancerous cells are scraped away that might otherwise grow into tumors.

More research is needed to understand the mechanism at play. Until then, experts say it is too early to advise more women to use IUDs.

But the findings suggest IUDs could be an important tool in the fight against cervical cancer, which is on the rise worldwide.

"If we can demonstrate that the body mounts an immune response to having an IUD placed, for example, then we could begin investigating whether an IUD can clear a persistent HPV infection in a clinical trial," said co-author Laila Muderspach, chair of obstetrics and gynecology at the Keck School.

"The results of our study are very exciting. There is tremendous potential."

Cervical cancer kills about 270,000 women per year and infects more than 528,000, according to the World Health Organization (WHO).