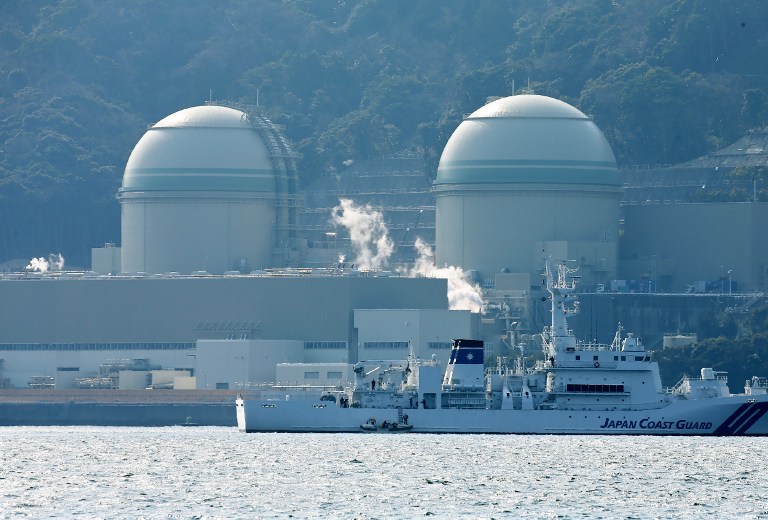 TOKYO - A Japanese court Wednesday ordered the shutdown of two nuclear reactors previously declared safe under post-Fukushima safety rules, a decision that comes just days before the fifth anniversary of the atomic disaster.

The order will bring the number of operating reactors in Japan down to two. Dozens were shuttered in the wake of Fukushima, the world&39;s worst nuclear accident in a generation.

The ruling by the Otsu District Court --  the first to force the shutdown of reactors switched on under stricter safety rules adopted after the 2011 disaster -- is a blow to Prime Minister Shinzo Abe&39;s bid to bring back nuclear power.

The ruling ordered the shuttering of Kansai Electric&39;s No. 3 and No. 4 reactors at the Takahama nuclear plant, some 350 kilometres (215 miles) west of Tokyo.

The No.4 reactor was taken offline last month due to an unexpected technical glitch days after it restarted, while the No. 3 reactor is currently operating.

Kansai Electric said it would respect the "extremely regrettable" decision and shut down operations. But the utility firm said it would appeal.

"This court order is not something the company can accept," it said in a statement.

"I&39;m so happy and praise the court&39;s courage," said one person celebrating outside the courthouse.

The bid to restart Japan&39;s nuclear reactors has become entangled in a web of lawsuits amid fears about another Fukushima-style accident.

In December, another court sided with Kansai Electric by lifting a temporary injunction blocking the restart of the two reactors covered by Wednesday&39;s ruling.

The latest case was filed by residents in neighbouring Shiga prefecture who argued that the reactors posed a risk to Lake Biwa, a key water source for the region.

An accident similar to Fukushima would contaminate the lake, they argued.

"This is a landmark victory for people living in the shadow of shut-down reactors across Japan and a devastating blow against the nuclear industry and the policies of the Abe government," said Hisayo Takada, deputy programme director at Greenpeace Japan.

"It’s a clear message that nuclear power has no place in Japan’s energy future."

The decision comes about a week after three former executives of Tokyo Electric Power (TEPCO), the operator of the Fukushima plant, were indicted on criminal negligence charges over the 2011 accident.

It will be the first criminal trial over responsibility for the tsunami-sparked reactor meltdowns that forced thousands from their homes in the world&39;s worst nuclear accident since Chernobyl in 1986.

A pair of reactors were briefly switched on again after the accident but were then shuttered.

Anti-nuclear sentiment still runs high in Japan and there was widespread opposition to restarts.

Abe and utility companies have been pushing to get reactors back in operation, as the disaster forced Japan to turn to pricey fossil fuels to plug an energy gap left by the shutdowns.

Abe has argued that resuming nuclear power is key to Japan&39;s energy policy, but memories of Fukushima are still fresh for many.

Japan&39;s entire stable of reactors was shuttered in the aftermath of the disaster, when a huge undersea quake sent towering waves smashing into the coast, swamping the Fukushima Daiichi nuclear plant and sparking reactor meltdowns.

Japan has since set up an independent atomic watchdog, the Nuclear Regulation Authority (NRA), replacing the previous arrangement where the industry ministry both oversaw the regulator and promoted nuclear power.