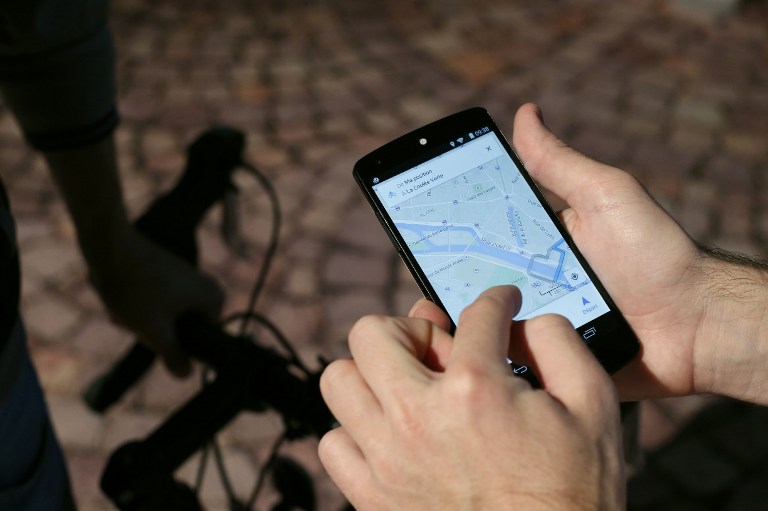 File: A man uses a GPS app on a smartphone.

JOHANNESBURG - Minister of Telecommunications and Postal Services Siyabonga Cwele said on Tuesday that the cost of communication and data prices in South Africa were not declining because the industry was "highly concentrated" with customers enjoying no competition.

The DataMustFall campaign gained momentum on social media networks last year, with even celebrities making a presentation in Parliament and looking at launching a class-action lawsuit against data providers.

Cwele said that the high roaming cost in the Southern Africa Development Community (SADC) was not coming down at a rate required by the citizens of the region, with South Africa moving slower than other countries.

"One of the main reasons we still have high costs is because the industry remains highly concentrated. We are unlikely to see aggressive competition if we don&39;t open up the sector to more and new entrants," Cwele said.

Cwele was briefing the parliamentary portfolio committee about his department&39;s work to reduce telecommunications costs in a bid to achieve inclusive participation in the sector and to lower the barriers to entry for South Africans.

He welcomed the progress made by the Independent Communications Authority of SA (Icasa) on effective competition in the broadband market and the Competition Commission&39;s market inquiry into data services.

Icasa is scheduled to release its findings by June and will indicate a list of markets that should be regulated and priority markets to be subjected to market reviews.

The Competition Commission is expected to release an interim report on the cost of data next month for public comment and a final report in August.

"These are necessary interventions but the turnaround is slow compared with the public demand and need," Cele said.

Cwele said the work of the Competition Commission will also assist to resolve the awarding of the transversal telecommunications contract to one service provider.

The award could be problematic because it could be viewed as government reinforcing the dominance of a single player while it should be encouraging competition, Cele said.