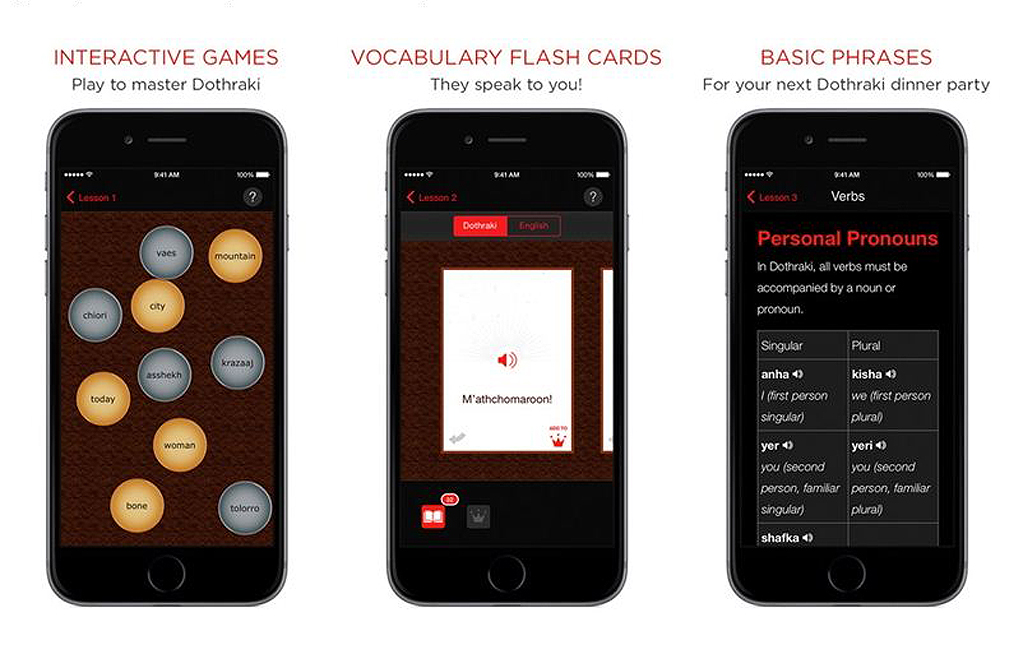 Screengrabs of the new mobile app in which one can learn Dothraki, the language spoken by the warriors in Game of Thrones.

If you cannot read the above sentence, it&39;s okay. You&39;re not part of a fictional horse-riding, sword-waving warrior race.

Seriously, if you cannot read the first sentence, it is because it is in Dothraki, a language from the Game of Thrones series. With a little effort though, you could learn it, especially with the help of a brand new app.

Random House wants to help fans of Game of Thrones become fluent in the language that&39;s spoken by the warriors with a mobile app called Dothraki Companion.

The app has been released for iPhone and iPad and was developed by David J. Peterson, who brought Dothraki to life for the TV series.

The app comes a few weeks before Random House publishes its Living Language Dothraki book and audio course and is meant to complement them.

The Dothraki launguage was compiled for the purposes of the Game of Thrones TV show by linguist David J. Peterson, based on the phrases used by author George R. R. Martin in the original books. The language of the horselords, who have no writing system, follows a subject-verb-object order and uses four vowels.

The first sentence means "Your wish is my command (Your words are death)".