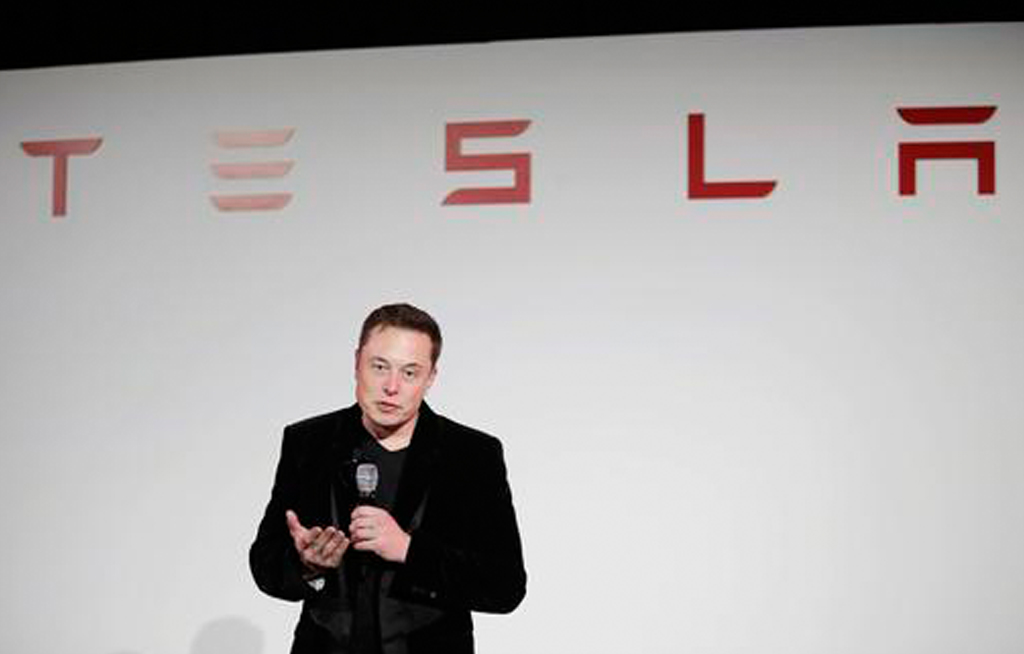 Elon Musk, CEO of Tesla Motors Inc., talks during a news. Tesla Motors said a new version of the Model S electric car is now the quickest production car in the world from zero to 60 miles per hour.

VILNIUS, Lithuania - Lithuanian entrepreneurs eager to woo Tesla Motors to their shores have built an entire factory to impress the electric carmaker... inside the Minecraft video game.

Responding to a plan announced last year by Tesla CEO Elon Musk to build a second factory in Europe, 40 gamers used the popular online building game to construct a virtual replica -- in just 35 hours -- of the company's battery production plant.

But this time, instead of the original site in the US state of Nevada, the plant was located in the Baltic EU state.

The gamers then posted a 2:28-minute video on YouTube, showing off their model, which is complete with solar energy panels and electricity generators.

"Welcome to the dream," reads a caption seen in the 3D video as the viewer is shown through the virtual plant.

It appears the gamers knew how to appeal to the tech geeks at Tesla, which tweeted on Saturday: "Lithuania knows the way to our heart".

Lithuanian entrepreneur Vladas Lasas, who was behind the initiative, said his nation of three million faces tough competition from at least 10 European countries.

"We have teams to build a virtual factory in less than a week. And we could have real teams working in real factories within a couple of years," he told AFP on Saturday.

Lasas said the new "gigafactory" would provide a significant boost to the Lithuanian economy, and could help curb emigration by young people to richer Western EU states.

Tesla has another plant in the Netherlands.

Lithuanian Economy Minister Mindaugas Sinkevicius hailed the initiative and said "it was only the beginning in the effort to have Tesla in Lithuania".

"This non-governmental initiative proves that our IT specialists are not only talented but also inventive enough to surprise the world," he said.