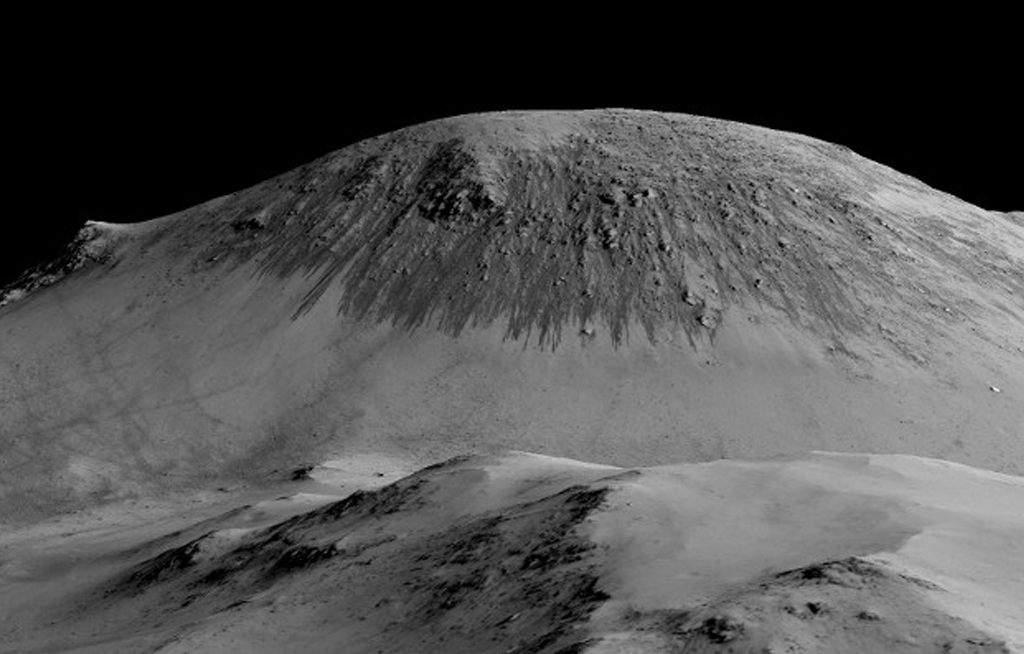 MIAMI, United States - The Red Planet is emerging from an Ice Age, according to radar images of Mars&39;s polar regions that are shedding new light on our neighbor&39;s climate cycle, researchers said Thursday.

The ice began its retreat about 370,000 years ago, said the study in the journal Science, led by Isaac Smith, a postdoctoral researcher at Southwest Research Institute in Boulder, Colorado.

Not so long ago the red planet may not have been red at all - Mars Ice Age - https://t.co/GYpvAtUnzL pic.twitter.com/evksNgcAiJ

The findings are based on data collected by NASA&39;s Mars Reconnaissance Orbiter, which has been circling Mars for 10 years.

The research confirms previous models that found the glacial period ended about 400,000 years ago.

It also deepens scientists&39; understanding of the climate shifts that happen on Mars, and how they differ from Earth.

"On Earth, ice ages take hold when the polar regions and high latitudes become cooler than average for thousands of years, causing glaciers to grow toward the mid-latitudes," NASA said in a statement.

"In contrast, the Martian variety occurs when -- as a result of the planet&39;s increased tilt -- its poles become warmer than lower latitudes."

The result is the retreat of Martian polar caps and the buildup of water vapor toward the equator, forming ice on the ground and glaciers at mid-latitudes.

Now that the most recent Ice Age has ended, ice is building up on the poles again.

"This suggests that we have indeed identified the record of the most recent Martian glacial period and the regrowth of the polar ice since then," said Smith.

He added that studying ice on Mars is important to the future of human exploration because "water will be a critical resource for a Martian outpost."

The US space agency has said it plans to send humans to Mars in the future, perhaps by the 2030s.