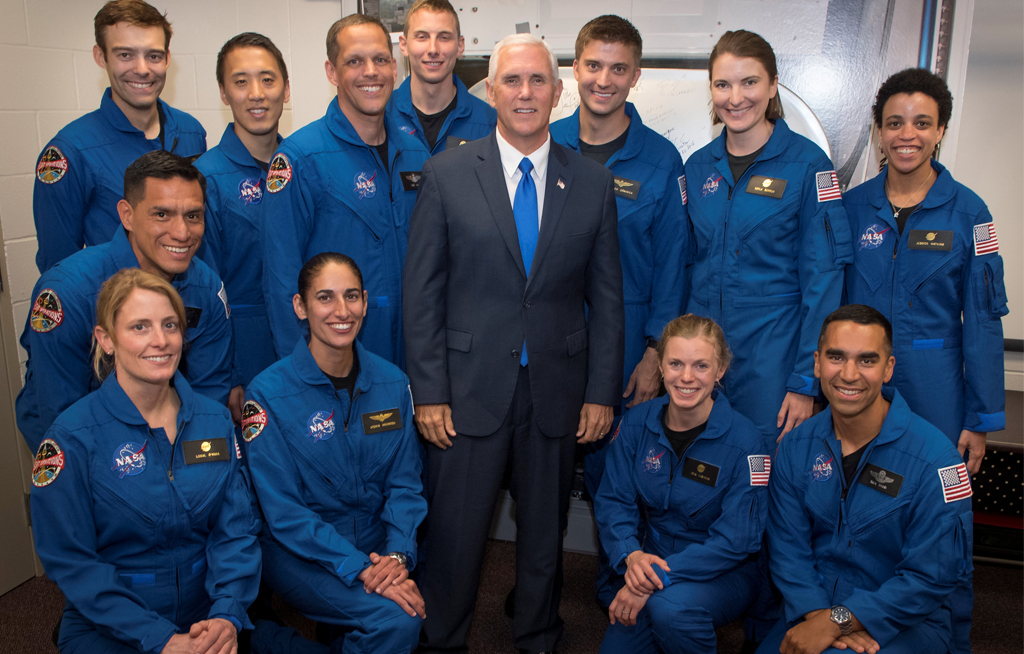 CAPE CANAVERAL  - NASA named 12 astronauts on Wednesday to the US space agency's first new class of space fliers in five years, chosen from a record 18,300 applicants, for a new era of space travel.

US Vice President Mike Pence welcomed the five women and seven men, aged 28 to 42, during their introduction at the US National Aeronautics and Space Administration's Johnson Space Center in Houston.

Pence said the White House planned to form a council to advise President Donald Trump on space policy and strategy, relaunching a body that has been inactive for more than 25 years.

Trump is "firmly committed to NASA's noble mission – leading America in space," Pence said, noting that only 338 Americans have served as NASA astronauts.

The trainees include a scientist working with the Mars robotic rover Curiosity, a SpaceX engineer, a Massachusetts Institute of Technology professor and an Army surgeon.

NASA is developing a heavy-lift rocket and Orion capsule for travel to the moon and eventually Mars. It is also working with Elon Musk's Space Exploration Technologies, or SpaceX, and Boeing Co to develop commercial space taxis that can ferry crews to and from the International Space Station, a $100 billion research lab that flies about 240 miles (400 km) above Earth.

"Hopefully one day I'll get to fly on a vehicle that has components I've actually designed," said Robb Kulin, 33, a doctor of engineering and Fulbright Fellow who is joining the astronaut corps from SpaceX in Hawthorne, California.

Since the shuttle program ended in 2011, NASA has been dependent on Russia for rides to the station, a 15-nation project.

Jessica Watkins, 28, a post-doctoral fellow at the California Institute of Technology, joins the class after serving on the science team operating the car-sized Curiosity rover which has been exploring Gale Crater on Mars since August 2012.

"We intend to send her to Mars one day," said acting NASA Administrator Robert Lightfoot.

The astronauts have two years of training before they are eligible for flight assignments. They are scheduled to report for duty at the Johnson Space Center in August.