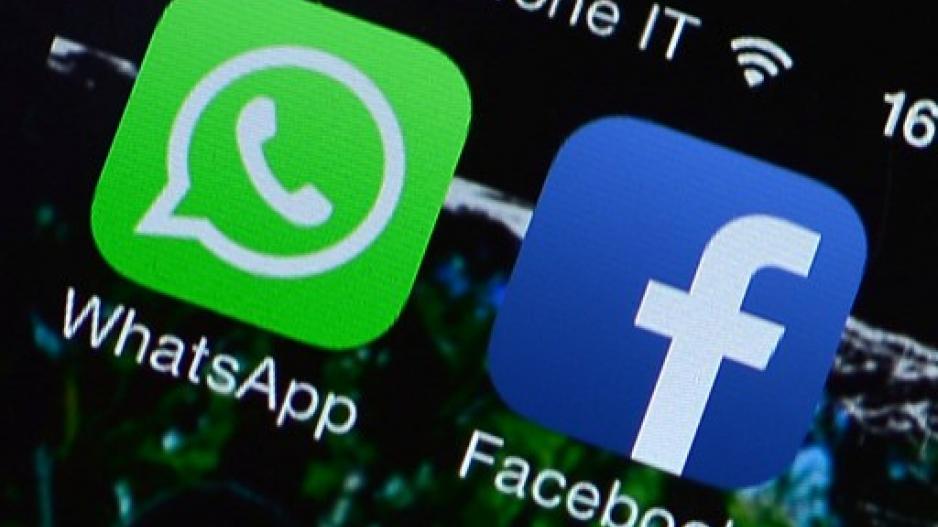 This file picture taken on February 20, 2014 shows the Facebook and WhatsApp applications' icons displayed on a smartphone. The huge deal for WhatsApp has shined a spotlight on BlackBerry, the struggling smartphone maker which also has a messaging service

NEW YORK - The astonishingly high price paid for the messaging service WhatsApp underscores how mobile apps are transforming the way we communicate, shaking up the global telecom sector.

Facebook&39;s deal to pay up to $19-billion for WhatsApp comes on the heels of a $900-million purchase of another messaging service, Viber, by Japanese Internet giant Rakuten.

And the California-based messaging firm Snapchat, known fo its disappearing messages, reportedly turned down a $3-billion offer from Facebook.

Some analysts expect more deals to come now that it&39;s clear that messaging is becoming a killer app that can enable mobile phone users around the globe to get free from their local carriers and communicate freely worldwide.

"Facebook&39;s valuation of WhatsApp is shockingly high, but so too is the risk of being left behind as these apps become dominant platforms for communications, media distribution, social engagement and advertising," Lonergan said in a blog post.

The huge deal for WhatsApp has shined a spotlight on BlackBerry, the struggling smartphone maker which also has a messaging service with 80 million customers using Android and Apple devices.

But De Smedt said he sees more interest in "startups which have invented a service and spread it around the world," especially in places such as Asia.

Some of these services include China-based WeChat, Japan&39;s Line and Kakao in South Korea. These have been mainly domestically focused but are starting to turn their attention to the global market.

By using Internet or IP communications, these messaging services can help users bypass telecom carriers and their fees for SMS -- a global market worth tens of billions of dollars, which helps explain the price for WhatsApp.

"SMS volumes were higher than social messaging volumes in 2012, but in 2013, messaging apps took a big leap forward and overtook traffic. We can expect strong growth in traffic to continue in the coming years," says a report from the British consultancy Ovum.

The research firm Informa said in a recent report that global annual SMS revenues will fall by $23-billion by 2018 from $120-billion in 2013 mainly due to "continuing adoption and use of over-the-top messaging applications in both developed and emerging markets".

Analysts at the research firm Trefis said in a report that "mobile messaging is here to stay, even though the growth in social networking industry might slow down" and that WhatsApp fills an important gap in Facebook&39;s portfolio.

But some analysts say text messaging is just one small part of what could be a much bigger market for mobile communications, with voice, images and video, and that services like WhatsApp may shake up the market in the same way YouTube, bought by Google in 2006, shook up online video.

And other services can spring from the mobile apps such as payment services, noted Deutsche Bank analyst Ross Sandler.

"The strategic rationale is obvious, mobile messaging apps are in a position to become &39;demand generation marketplaces&39; as many have already demonstrated... controlling mobile engagement and the purchase funnel," Sandler said in a research note.

"Facebook continues to demonstrate savviness beyond its years as it pivots its business model, footprint and strategy to mobile."