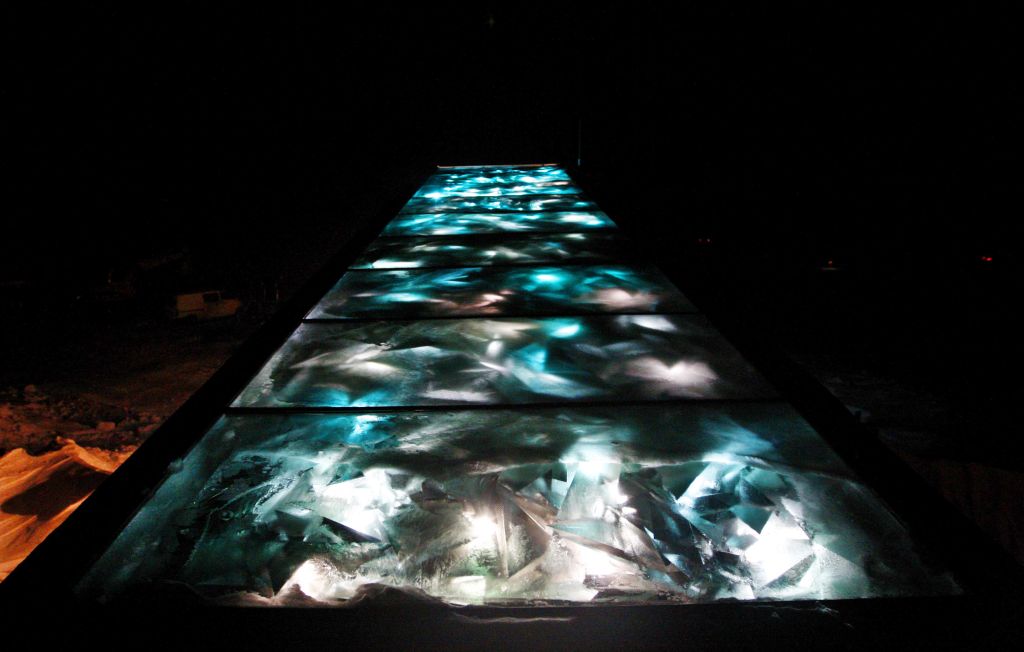 A picture taken on February 24, 2008 near Longyearbyen shows a lit decoration near the entrance of the Arctic "doomsday vault" that should be visible to anyone flying into the nearby airport.

STOCKHOLM, Sweden - Norway on Saturday said it would boost protection of a seed storage vault designed to protect the world's crops from disaster, after soaring temperatures caused water to leak into its entrance.

Situated deep inside a mountain on a remote Arctic island in a Norwegian archipelago, the Svalbard Global Seed Vault, dubbed the "doomsday" vault, is the largest of its kind and can store up to 2.5 billion seeds.

Freezing temperatures inside the vault keep the seeds, sealed in packages and stored on shelves, usable for a long period of time.

But in October 2016, the warmest year on record, melting permafrost caused water to leak in about 15 metres (49 feet) into the entrance of a 100 metres tunnel inside the vault.

The vault managers are now constructing a waterproof wall inside for additional protection, a Norwegian government spokeswoman told AFP, adding all heat sources would also be removed from inside the vault.

"It's not good to have unnecessary heat inside" if water is coming in and permafrost is melting, Hege Njaa Aschim said.

"The water that leaked in had turned into ice... we had it removed," she said. Norwegian authorities are "taking this very seriously" and "following it continuously," she added.

There are 1,700 gene banks around the world that safeguard collections of food crops and many of these are exposed to natural disasters and wars, according to the Global Crop Diversity Trust.

"We have to listen to climate experts (and) we are prepared to do anything to protect the seed vault,"  Aschim said.