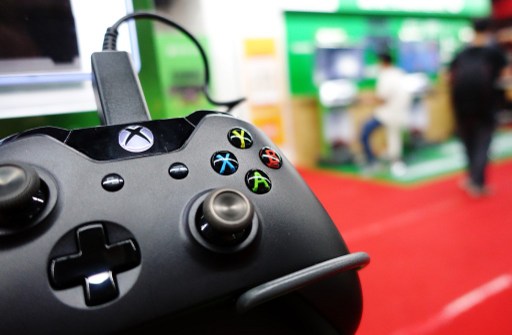 A control of a Microsoft's Xbox One game console in a shop in Shanghai. The Xbox One launched in China, the first games console officially released on the mainland after Beijing lifted a ban on the devices.

SYDNEY -- A video game allowing players to kill Australian Aboriginals has been removed from mobile stores after more than 50, 000 people signed an online petition against the racist app.

The app, "Survival Island 3 -- Australia Story", tells users that they have to find ways to stay alive in "one of the most dangerous places in the world", including having to "fight with aboriginals -- you invaded their home!".

The change.org petition, which has been signed by more than 50,000 people since it was set up on Friday, called for the app to be pulled from mobile stores, adding that "killing indigenous Australians is not a game".

"Selling games that promote racism and negative stereotypes of indigenous Australians is not acceptable," the petition added.

By mid-day on Saturday, the app had been pulled from the two dominant smartphone app stores -- Apple&39;s iTunes store as well as Google Play.

A spokeswoman for tech giant Google, which offers apps through Google Play on its Android mobile platforms, would not comment on the game but said the tech giant would remove "applications that violate our policies".

Australia&39;s Race Discrimination Commissioner Tim Soutphommasane wrote on Twitter that it was "unacceptable to see such promotion of violence and hatred against Aboriginal people".

Aborigines, the most disadvantaged Australians, are believed to have numbered around one million at the time of British settlement.

There are now just 470,000 out of a total Australian population of 23 million, and they suffer disproportionate levels of disease, imprisonment and social problems as well as significantly lower education, employment and life expectancy.