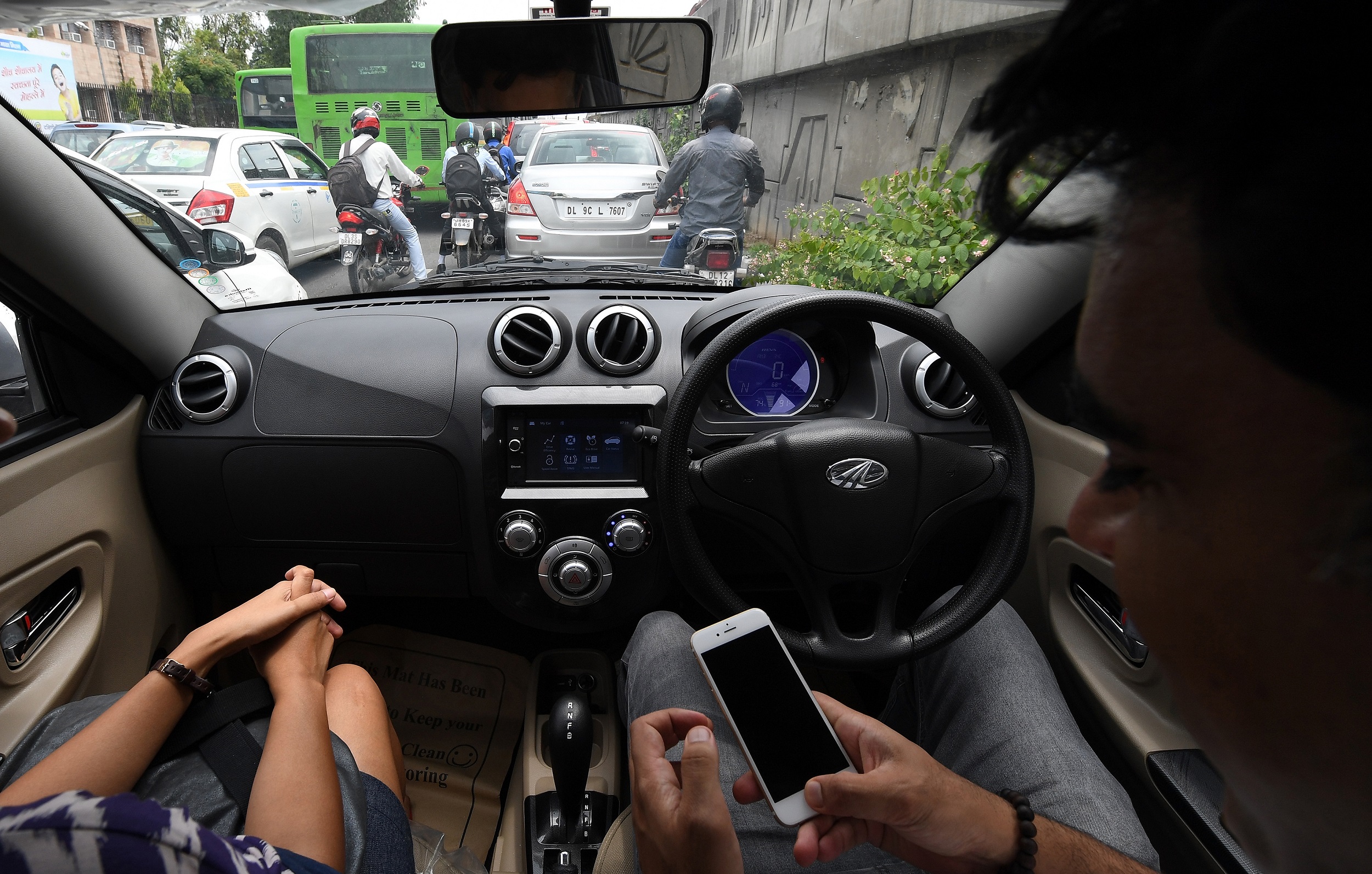 NEW DELHI - India will roll out nearly 100,000 battery-powered buses and autorickshaws onto its sulphurous city streets in the coming weeks, setting it on the bumpy road to making new vehicle sales all-electric by 2030.

India, one of the world's most polluted nations, has one of the most ambitious plans to kick its fossil fuel addiction.

Analysts say the target is "daunting".

Transport is a major source of India's carbon emissions and the Greenpeace group blames at least 1.2 million deaths a year in the country on pollution.

Getting off diesel and petrol would improve the nation's health and bolster India's bid to meet the bold climate change targets it pledged in Paris in 2015.

India is not alone in wanting all-electric cars, though it is aiming to go faster than others.

Britain and France have said they want to end the sale of fossil fuel cars by 2040.

But electric and hybrid models make up just three percent of all cars on the road worldwide, said London-based consultancy firm PwC.

That figure is even lower in India, underscoring the enormity of Prime Minister Narendra Modi's electric challenge.

On top of gradually bringing in electric rickshaws and buses in New Delhi, the government has issued a tender to automakers for 10,000 cars to replace pollution producers at four government ministries.

"To go all electric is a daunting task," said PwC partner Abdul Majeed.

"Electric vehicles have a few huge challenges to deal with before they can take off in a big way."

The government does not want to pay for a network of charging stations for millions of future green motorists to power up depleted car batteries.

Instead, it hopes private energy companies will invest in "swapping bays", where drivers can exchange empty batteries for fresh ones, Ashok Jhunjhunwala, principal advisor to the power minister and the official spearheading the efforts, told AFP.

It plans to lease batteries separately for public transport and taxi fleets. It also wants more work on smaller, easier to use batteries.

Amara Raja Batteries, an Indian battery manufacturer, would be part of the "swapping model", said its chief executive S Vijayanand.

"The headache of managing and charging the battery will not be with the driver then," he said.

Other ideas include setting tougher efficiency standards so new vehicles use less power.

"The idea is to keep it as low-cost as possible," Jhunjhunwala said. "Vehicles and chargers must happen without subsidies and must make business sense."

Mahesh Babu, chief executive at Indian conglomerate Mahindra, said it was an exciting project but government efficiency targets are "idealistic and might lead to compromise on consumer needs and safety."

Others are more optimistic.

Foreign car majors are not ready to bring their electric offerings to India.

Mercedes said it needs a reasonable timeline and improved incentives for motorists - currently a tiny sum that could be withdrawn at any time - to bring in electric cars.

Tesla boss Elon Musk - who in July launched Model 3, a mass-market version of Tesla's pricier cars - has postponed entry to the Indian market.

But at $35,000 (R462,000) , even the cheapest Tesla is out of reach for most Indians. Most of the three million new cars added to India's roads every year are far cheaper, compact vehicles.

Nissan Motor is test-driving its Leaf model to see how it performs on Indian roads and copes with pollution and extreme weather conditions.

That leaves the field wide open for Mahindra, currently the only company selling electric cars in India.

The company hopes to sell up to 5,000 units this year, including autorickshaws.

So far it has tied up with cab firms in a handful of cities, logistics firms and start-ups that offer a sharing system of self-driving cars.