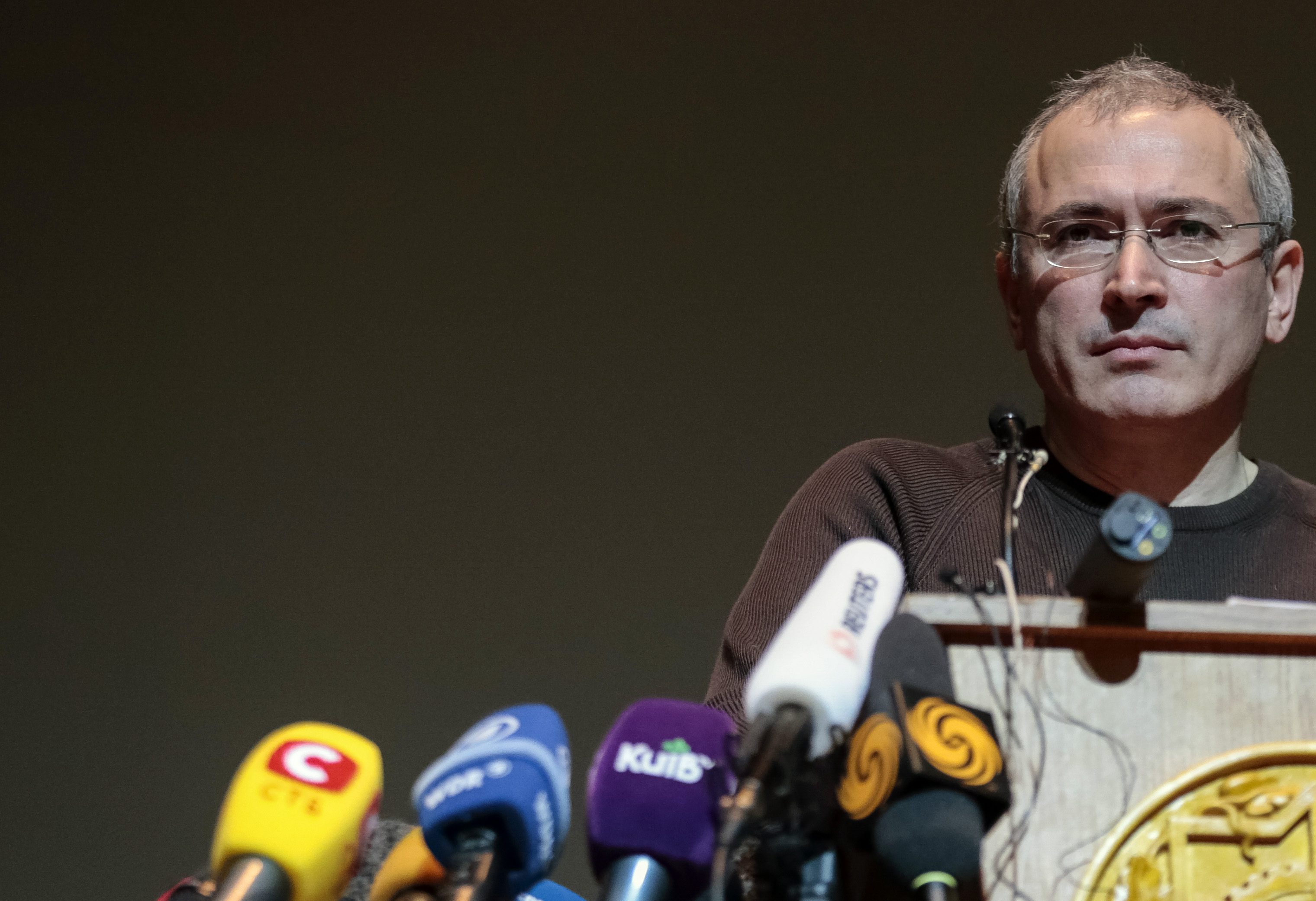 MOSCOW - Russia said Tuesday that it had ordered the blocking of websites linked to an opposition movement founded by exiled former oligarch and Kremlin critic Mikhail Khodorkovsky over "undesirable" activities.

--? October 25, 2003 - Mikhail Khodorkovsky, a Russian oligarch, is arrested and charged with "fraud and tax evasion". More charges rain down over the next decade. At the time, he was the wealthiest man in RU. https://t.co/u81xOnHnM2 pic.twitter.com/h9BeuzKPVB

Khodorkovsky, who spent a decade in prison and now lives in exile in Britain, founded an organisation called Open Russia that advocates political diversity.

It has organised protests against President Vladimir Putin&39;s rule under the slogan "Sick of him," though it does not have mass public support.

Khodorkovsky, who was jailed for fraud in a case he and his supporters saw as motivated by his outspoken opposition to Putin, stood down as head of Open Russia in April but still plays an active role.

During a meeting in Moscow on Saturday where he spoke via video link, he called for Open Russia to back would-be opposition candidates Alexei Navalny and Ksenia Sobchak in March 2018 presidential polls, the Interfax news agency reported.

Amnesty International condemned the authorities&39; decision to block the websites as "a bid to suffocate dissent and pluralism in the Russian media" and to "expunge Khodorkovsky&39;s presence in Russian politics and society."

The state media watchdog Roskomnadzor said it had ordered Internet providers to block Open Russia sites on the request of prosecutors.

Earlier this year the justice ministry declared Open Russia&39;s British-registered entities to be "undesirable" organisations and added them to a blacklist.

Open Russia sites were not accessible in Moscow on Tuesday afternoon via a cellphone, and the organisation confirmed the blocking of its sites had begun. The websites are still accessible outside Russia.

Khodorkovsky said that a number of sites linked to Open Russia had been blocked in Russia.

They included his personal site Khodorkovsky.ru and a site called "Instead of Putin" which promotes opposition politicians including Navalny.

Khodorkovsky condemned the move as "an abuse of power" and "breach of constitutional norms on freedom of speech" in a statement on the movement&39;s website.

He urged supporters to follow Open Russia on social media.

Rights lawyer Sergei Badamshin, representing Open Russia, was quoted as saying: "We consider the decision issued over the sites illegal and without foundation."

The justice ministry&39;s blacklist of "undesirable" international organisations also includes the National Endowment for Democracy, a nonprofit group funded by the US Congress.

Open Russia is regularly targeted by the Russian authorities, with investigators raiding its Moscow offices and the homes of employees in October.