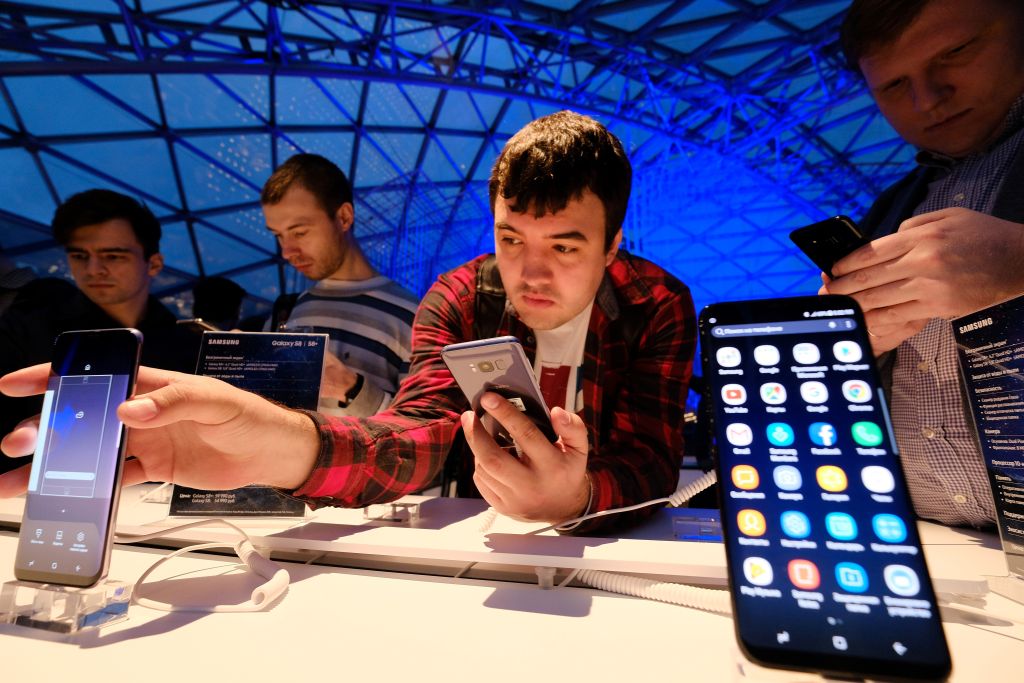 A man looks at Samsung smartphones during a presentation of the new Samsung Galaxy S8 at the Russian market of electronic devices in Moscow, on April 13, 2017.

WASHINGTON – Samsung and Apple maintained their leadership in the smartphone market in early 2017 while Chinese-based Huawei's strong growth cemented its number three position, a market tracker said on Thursday.

"There is no question that 2016 was a pivotal year for the industry as growth dipped to low single digits for the first time. However, we believe the industry will show some rebound in 2017, and the strong first quarter results certainly support this argument."

Reith said the 2017 market will feel the impact of the new Samsung Galaxy S8 flagship handset, and a widely expected announcement from Apple for its new iPhone later this year.

According to the survey, Samsung led the market in the first quarter with a 22.8 percent share to 14.9 percent for Apple, with little growth for the top two vendors.

But Huawei's sales jumped 21.7 percent to give it a 9.8 percent share, and fellow Chinese makers Oppo and Vivo, the number four and five vendors, respectively, also boosted their sales.

IDC said the bulk of smartphone growth is likely to come from low-cost handset makers.

"Although we have seen an abundance of premium redesigned flagships that just entered the market, moving forward, we still expect most of the growth to come from more affordable models in a variety of markets," said IDC's Anthony Scarsella.

"Despite all the popularity and media hype around premium devices, we continue to witness a shift in many companies' portfolios geared towards affordable devices with premium-type styling compared to flagship models."

He added that makers "have started to implement a single premium design language that ultimately blurs the lines between the high-end and the low-end, allowing the average consumer to jump on the brand without a hefty upfront investment."

The report is based on preliminary quarterly estimates, with Apple due to report sales figures next week.