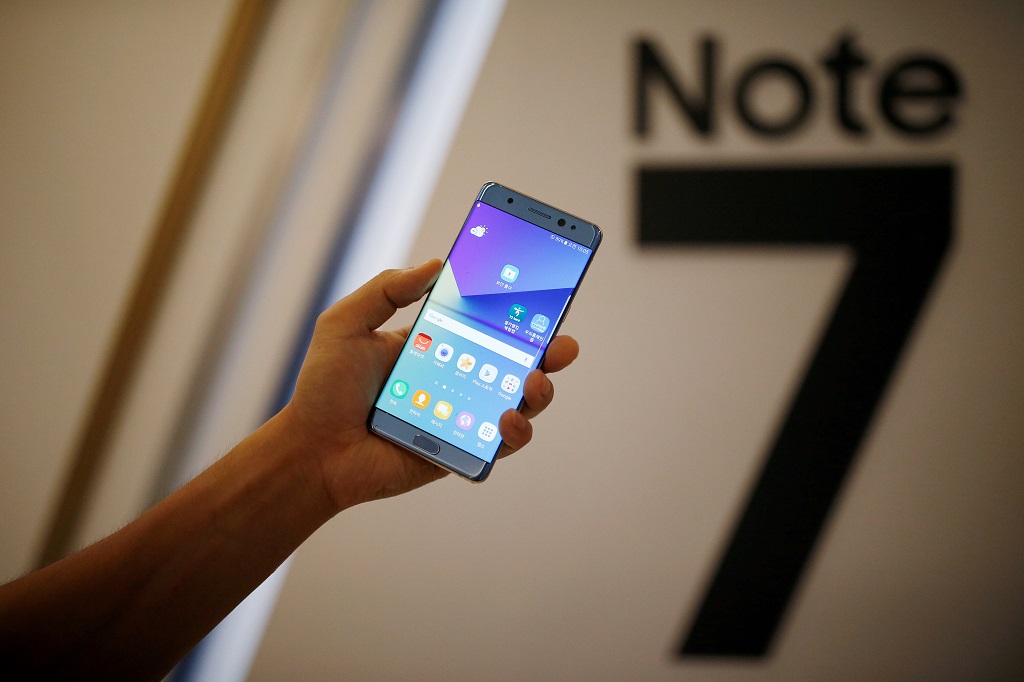 A model poses for photographs with a Galaxy Note 7 new smartphone during its launching ceremony in Seoul, South Korea, August 11, 2016.

SEOUL - Samsung Electronics has suspended production of its Galaxy Note 7 smartphone, a month after a recall prompted by battery explosions and a day after two major overseas distributors halted replacements, according to a newspaper report.

Samsung, the world's largest smartphone maker, declined to comment on the report by South Korea's Yonhap news agency, which was sourced to an unidentified official with an unnamed Samsung supplier.

The official told Yonhap the decision to temporarily halt production was taken in cooperation with consumer safety regulators from South Korea, the United States and China.

Samsung decided on 2 September halt the sale of the Galaxy Note 7 and recall those sold after complaints that its lithium-ion battery exploded while charging.

With images of charred phones flooding social media, the unprecedented recall was a humiliation for a firm that prides itself as an icon of innovation and quality.

The recall process initially stumbled but seemed to be on track until last week when reports emerged of similar problems with some of the replacement phones.

The announcement saw Samsung's share price plunge by as much as four percent in early-morning trade on Monday - even before the Yonhap report came out.

At midday, Samsung shares were trading at 1.65 million won - down 3.2 percent from Friday's close.

AT&T said it would still offer customers the option to exchange Galaxy Note 7s for another Samsung smartphone or other device of their choice.

T-Mobile said it was halting sales of the smartphone, as well as the exchanges.

Samsung has so far declined to confirm any problem with its replacement phones.

The South Korean conglomerate's handling of the Note 7 recall has placed a spotlight on management at a time when it is navigating a tricky generational power transfer within the founding Lee family.

Industry experts have criticised the Lee dynasty for controlling the vast group through a complex web of cross shareholdings, although they directly own only about five percent of total stocks.

Samsung on Friday issued a stronger-than-expected operating profit forecast for the third quarter despite the impact of the recall that, according to some analysts, could cost up to $2-billion (R27.6-billion).