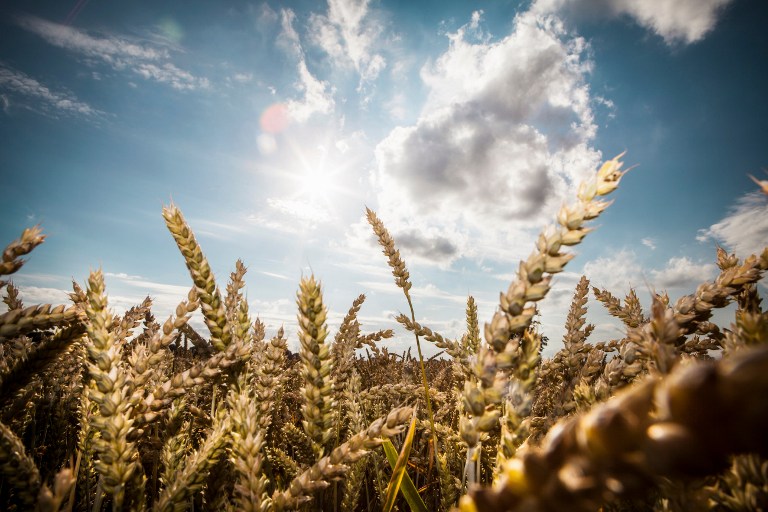 Wheat in a field.

An incredible 155 million children around the world are chronically undernourished, despite dramatic improvements in recent decades. In view of this, the UN’s Sustainable Development Goals include Zero Hunger. But what do we understand by the word hunger?

It may refer to lack of food or widespread food shortages caused by war, drought, crop failure or government policies. But as researchers, we are particularly interested in a different kind of hunger – one that is less visible but equally devastating.

Micronutrient deficiencies, also known as hidden hunger, occur when there is a lack of essential vitamins and minerals in a person’s diet. This condition affects more than two billion people globally, and can contribute to stunted growth, poor cognitive development, increased risk of infections, and complications during pregnancy and childbirth. The wider impacts of micronutrient deficiencies socially and economically are also well established.

Supplementation and food fortification have long been used around the world to alleviate micronutrient deficiencies. Both strategies boast high cost/benefit ratios. But as they require repeated investment, their sustainability is limited. Supplements may be used to treat multiple micronutrient deficiencies, but this is a resource-intensive approach and does not address the cause of the problem – dietary inadequacy.

Food fortification, on the other hand, improves the nutritional quality of food itself. Here, micronutrients are added to commonly consumed foods at the processing stage. This strategy can be implemented at population level, and does not require individuals to change their eating behaviours.

In the UK, for example, flour has been fortified with calcium since World War II, when a reduced supply of dairy products was anticipated. Today, many of our foods are fortified, including bread, cereal products and fat spreads.

In developing countries, food fortification has gained momentum in recent years through the work of organisations like the Global Alliance for Improved Nutrition (GAIN).

Large-scale food fortification programmes have enhanced the micronutrient content of a range of staple foods in over 30 countries. For example, the GAIN/UNICEF Universal Salt Iodisation Partnership has protected 466 million people in 14 countries against the debilitating effects of iodine deficiency – such as mental impairment and goitre, a swelling in the neck resulting from an enlarged thyroid gland.

But one major disadvantage of food fortification is that some of the poorest families may not have access to commercially processed foods. And it is these remote rural communities – which grow and process food locally – that are often the most affected by hidden hunger.

An alternative approach is to add micronutrients at the agricultural production stage. This approach, known as biofortification, uses conventional plant-breeding techniques to enhance the micronutrient concentration of staple crops. This is achieved by cross-breeding standard varieties with their wild relatives, over several generations.

This innovative strategy was first developed in the 1990s and is now pioneered by an organisation called HarvestPlus, which is supported by the UK Department for International Development. HarvestPlus has focused its efforts on iron, zinc and vitamin A – identified as the three most prevalent micronutrient deficiencies globally.

Biofortified crops include: vitamin A maize, vitamin A cassava, vitamin A sweet potato, iron beans, iron pearl millet, zinc rice and zinc wheat. These crops have been introduced into many countries in Africa, Asia and Latin America. And HarvestPlus aims to reach 100 million people with biofortified crops by 2020.

Biofortification has several advantages over food fortification. After the initial investment to develop the biofortified seed, it can be replicated and distributed without any reduction in the micronutrient concentration. This makes it highly cost-effective and sustainable. Biofortified crops are also often more resilient to pests, diseases, higher temperatures and drought – essential qualities as many countries become increasingly susceptible to climate change. And perhaps most importantly for nutrition, biofortified crops reach the world’s poorest and most vulnerable people.

Each new biofortified crop requires meticulous development and evaluation to ensure the micronutrient concentration is sufficient to make a significant impact on nutritional status, and that farmers and consumers will adopt the new biofortified varieties. Research has shown high levels of consumer acceptance, especially when information and awareness campaigns were implemented.

At the University of Central Lancashire, in partnership with international collaborators, we are currently investigating the impact of biofortified zinc wheat in a rural community in northwest Pakistan – where over 40 percent of women are zinc deficient. The diet is very limited in this community but wheat flour is used every day to make chapattis.

The zinc concentration of the soil is very low and this provides an opportunity to experiment with “agronomic biofortification”, or the application of zinc-enriched fertiliser. Our study will determine the cost-effectiveness of these combined strategies.

Of course, biofortification is a partial solution, which must go hand in hand with efforts to reduce poverty, food insecurity, disease, poor sanitation, social and gender inequality. But it has the potential to contribute to the eradication of hidden hunger, and the UN’s aim to end all forms of hunger and malnutrition by 2030.