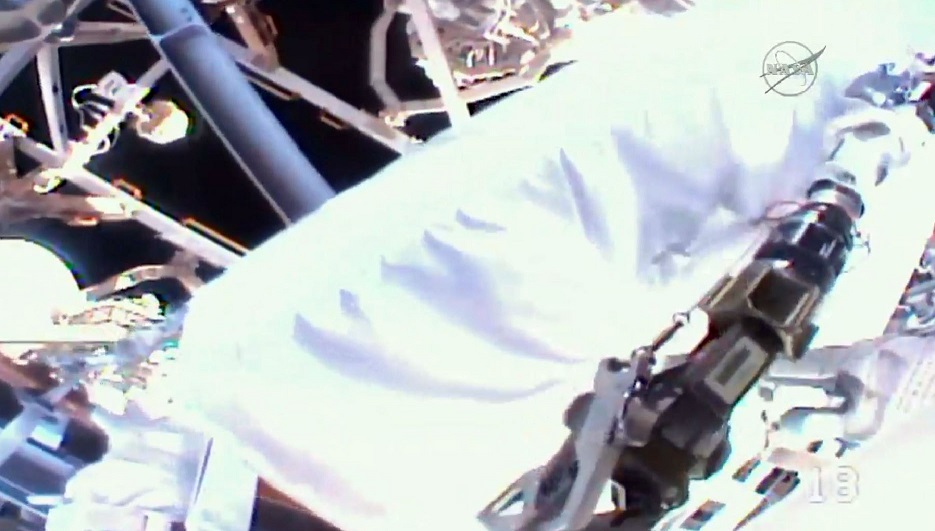 This NASA TV handout video grab shows US astronaut Peggy Whitson repairing a leak on the International Space Station on May 12, 2017.

PRETORIA – South Africa joined the space programme of the Brics nations on Tuesday in the first substantive project in space co-operation between the member countries.

The Remote Sensing Satellite Constellation will create a system for the sharing of remote sensing data, meaning the data from each of the member countries’ existing Earth observation (EO) satellites will be made available to all the other members.

Sansa said a joint committee meeting was held in Haikou, China, on Monday to review and deliberate on the progress of the Remote Sensing Satellite Constellation and to discuss a draft agreement to be signed later this year.

Sansa spokesperson Vaneshree Maharaj said: “The Brics Remote Sensing Satellite Virtual Constellation is a practical step towards high-tech co-operation between these countries that will assist in attaining the sustainable development goals and challenges pertaining to our respective economies and societies.”

“There are two phases proposed for the Brics Remote Sensing Satellite Constellation, phase one comprising a virtual constellation of existing satellites, and phase two a new satellite constellation,” Maharaj said.

Sansa said phase two also provided the Brics partners with the opportunity for space solutions that could meet the challenges faced by humanity, such as global climate change, major natural and technological disasters and environmental protection.

”We remain committed to ensuring the integration of African space-based knowledge and technology in improving the lives of fellow Africans and welcome such esteemed partners in achieving this important objective,” said Sansa CEO Valanathan Munsami.