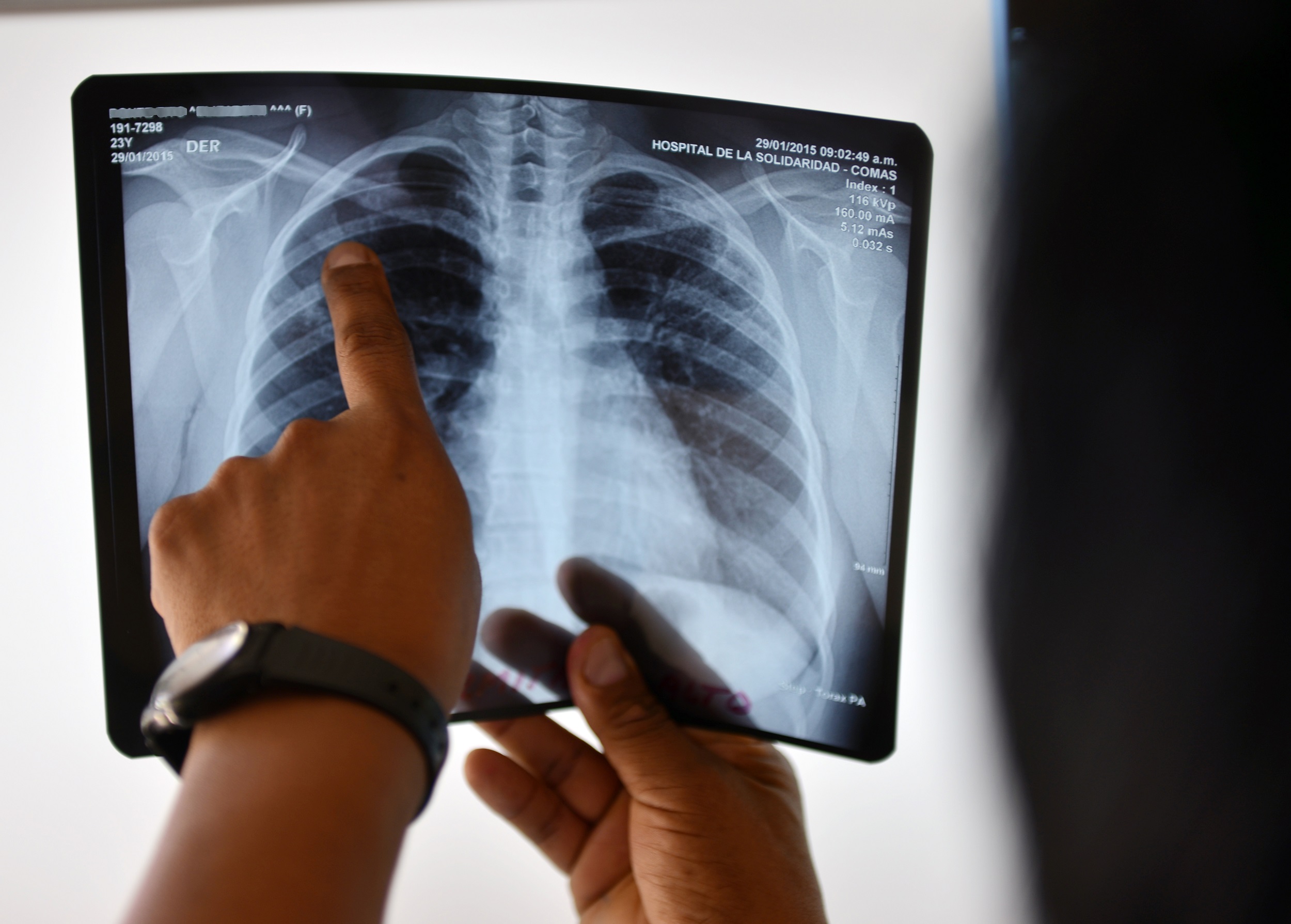 File: Tuberculosis (TB) is a disease that kills more people due to a bacterial infection than any other disease in the world.

JOHANNESBURG - Tuberculosis (TB) is a disease that kills more people due to a bacterial infection than any other disease in the world.

In 2016, the World Health Organisation reported over 10 million new infections and 1.7 million deaths. In South Africa, TB remains one of the leading causes of death.

Countries with high TB burdens are tackling the problem in two ways: with the BCG vaccine – the most widely administered vaccine in human history – and a chemotherapeutic regimen. Nevertheless, there are still multiple obstacles to getting the disease under control.

Extensive effort has been put into improving diagnostics. This makes sense for two reasons: diagnosing people earlier and faster means they get onto treatment earlier, and it reduces the risk of transmission.

There are three ways in which TB is diagnosed: through a sputum smear test; by growing bacteria in a lab through a process known as culturing; and by using molecular diagnostics to detect DNA components of the bacteria.

But each has limitations preventing them from being scaled up. We set about bridging this gap.

In our study we’ve identified a way to speed up the age-old sputum smear test by using an invisible ink that lights up when it comes in contact with the TB bacteria. The ink significantly reduces the processing time to get a positive reading on a test. It’s also inexpensive which means our new method paves the way to introducing a test in communities where dozens of diagnostic tests need to be administered each day.

The current range of TB diagnostic tests have various limitations.

For example, the sputum smear is 100 years old. It’s outdated, clumsy and takes long to process. It’s also not very accurate because each sputum sample must contain more than 10 000 bacteria for an accurate test. This means it doesn’t work with patients who have a low number of bacteria.

The challenge is that people with an HIV and TB co-infection have significantly lower levels of bacteria because HIV remodels the way the disease occurs in the lung.

Diagnosing TB in this cohort of people is problematic, particularly in countries like South Africa with the highest HIV and TB co-infection rate in the world.

Another limitation with smear methods are that they can’t distinguish between living and dead bacteria – making it hard to tell if a person is responding well to treatment.

One of the other methods, culturing, also has serious limitations. For one, it’s a lengthy process. Culturing TB in a laboratory can take up to 42 days because TB is a slow growing organism. This is problematic for treatment and care because it is easy to lose people from the health care system during this time.

Culturing is also difficult in situations where resources are stretched. This means it can’t be scaled up and implemented in a community setting.

Finally, there’s the molecular diagnostics test. One such test is the GeneXpert which is being rolled out in South Africa. But its challenge is that it’s expensive and it can’t tell the difference between living and dead organisms.

Our study focused on ways to improve the sputum smear test because it can be scaled up and implemented in communities.

To improve it, we decided to target a specific part of the TB bacteria – its cell wall. This protects the bacteria from the immune system in the body.

TB bacteria are rod shaped. Similarly to a capsule, the bacterial cell wall forms a protective coat that covers the bacteria. It is incredibly complex. It is thick and has many layers and is the reason why TB treatment takes a long time to take effect: drugs need to penetrate the wall.

But the defence wall in fact delivered the solution we’ve pioneered. It is built with mycolic acids, which is made of a chemical molecule (trehalose) unique to the TB bacteria family. As part of our study, the chemical molecule was fused with another chemical (a fluorophore) to create a stain that’s naturally fluorescent and changes colour (known as solvatochromic). The combination is called DMN-trehalose.

The DMN-trehalose is the brainchild of Dr Carolyn Bertozzi at Stanford University in the US whose lab conceived the idea and generated DMN-trehalose before bringing it to South Africa for tests in clinical samples.

The beauty of DMN-trehalose is that it colourless when it’s outside a TB bacteria. But as soon as it is in the presence of TB-infected sputum, TB bacteria immediately internalise it. Once the DMN-trehalose is inside the bacterial cell, it gets built into the cell wall and lights up the organism.

The advantage of our method is that it promises to reduce the processing time and complexity of the smear test. Another advantage is that it is very specific to TB because trehalose is only found in the TB bacteria family.

Lastly, the DMN-trehalose will only stain living bacteria, meaning it’s possible to tell whether treatment is working or not.

Now that our study has shown proof of principle, it’s being tested in a pilot study at the University of the Witwatersrand in Johannesburg.

The pilot will take one year and will look at both the sputum smears and oral swabs to assess how well DMN-trehalose works. It will assess sputum samples from people before treatment to establish if accurate diagnosis is possible, and after completing treatment to see if the regimes worked.

The pilot will help us compare it to the current staining method in sputum smear tests. If it produces similar results, the new test could become the preferred method because it requires less processing.

Effective, cheap and scalable diagnostics are urgently required for TB. For this, the new DMN-trehalose stain has great promise. It’s also an excellent research tool to help understand TB transmission and how TB bacteria remodels their cell walls during TB disease.

Bavesh Kana, Head of the Centre of Excellence for Biomedical TB Research, University of the Witwatersrand