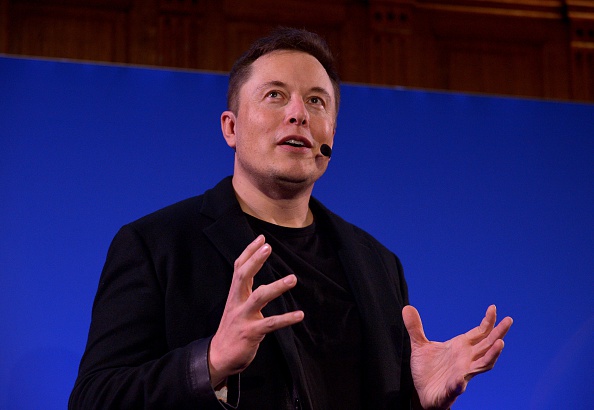 Elon Musk, CEO of US automotive and energy storage company Tesla, presents his outlook on climate change at the Paris-Sorbonne University in Paris on December 2, 2015.

The products include solar-powered roof tiles that eliminate the need for traditional panels and longer-lasting batteries, aimed at helping to realise Musk's vision of selling a fossil fuel-free lifestyle to consumers.

Solar glass tiles can also incorporate heating elements, like rear defroster on a car, to clear roof of snow and keep generating energy

“This is sort of the integrated future. An electric car, a Powerwall and a solar roof. The key is it needs to be beautiful, affordable and seamlessly integrated,” Musk said during an event to showcase the products at the Universal Studios theme park near Los Angeles. “If all those things are true why would you go in any other direction?”

Musk is the biggest shareholder in both Tesla and SolarCity, which is run by two of his first cousins.

Analysts have been dubious of the deal's proposed synergies, with some suggesting the merger is a way for Tesla to rescue money-losing SolarCity.

A vote on the acquisition is scheduled for 17 November.

Close up of the solar roof pic.twitter.com/kDsSqtTWK7